This year’s Mexican Shorts screening series was especially good. The Mexican Shorts series consisted of 5 short films by up and coming Mexican filmmakers. All of the films were thematically tied around childrens’ tales, but each story had its own unique aesthetic film style. 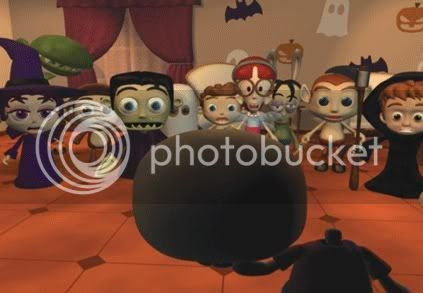 Calaverita (A little Skull) by Rafael y Raúl Cúrdenas is an animation about a cross-cultural experience. A little skull, Calaverita, rejects and rebels against the tradition of celebrating the Day of the Dead (a Mexican holiday) and wanders off into the streets of the city in search of a new way to celebrate the holiday. She crashes a Halloween party and attempts to become part of the crowd. When the children at the party remove their Halloween masks, Calaverita removes her skull and discovers that she is an outsider because she is a skeleton. The other children in the party are horrified to learn that she is a real skeleton & reject her in fear. Calaverita is deeply saddened and surprised by their reaction. 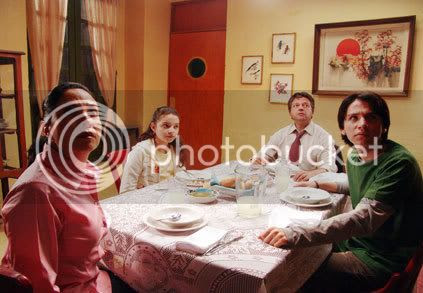 Sopa de Pescado (Fish Soup) by Nuria Ibáñez. A dark, satirical comedy about an unusual family whose dinner is disrupted when a pigeon flies into their home and lands on the chandelier above their dinner table. The sister and the mother become obsessed with getting rid of the pigeon, bringing out their shotgun and destroying their home in the process. In the meantime, the father and brother eat, read poetry and are unaffected by their new visitor or the destruction of their home. The film mocks society’s tendency to overreact in solving simple problems. Una Muerte Menor (A Minor Death) by Paulina Castellanos, is a fast-paced slick flick with a political twist, about a teenage boy who enjoys a sex fantasy seconds before his final breath.

He is shot by a police officer for stealing a woman’s purse. As he lays there bleeding to death, the cop kicks him twice, and other cop robs his wallet, while the other people pass detached by the incident. As he closes his eyes, he fantasizes about the good life. He sees himself cruising around in a red & white convertible low-rider, dressed in a pristinely starched white zoot-suit, cruising around the city with two blond women sitting next to him. He fantasizes about having an orgy with them, then his dream quickly evaporates and comes back to the cold, callous, reality of his world; then dies. 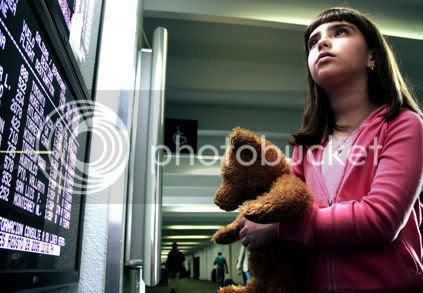 Niña que Espera (Little Girl Waiting) by Esteban Reyes, is a dark/fantasy comedy about a homeless little girl, Angelica, who devices a larger than life plan to get a male and female stranger at an airport to get together and adopt her. At first her plan works, but as they realize that they are a part of her game; they want nothing to do with her. In the process of trying to get rid of her, they fall in love with each other, and learn to love and adopt Angelica. Ojos que no Ven (Eyes that Can’t See) by Marisol Jasso is a tender, poetic story about Emilio, a blind 8 year-old boy who is abandoned by his Mother, who drops him off at a at a carpentry shop. Emilio instantly adopts the shop owner as his grandfather, while the lonely old man resists getting attached to him. The two seemingly different people eventually bond and learn about life from one another.

Marisol Jasso was the only filmmaker present at the Q&A. She says that she was inspired to tell this story because it is common occurrence in Mexico, in which families with limited resources feel overwhelmed with caring for their disabled children. Marisol said she saw over 100 children before she decided on casting Heli de Jesus Casillas, who played Emilio.
All of the films were very well directed. The acting was believable and the story lines were well developed and well executed.


The last film that I saw at LALIFF (The Los Angeles Latino International Film Festival) was Hijos de la Guerra. 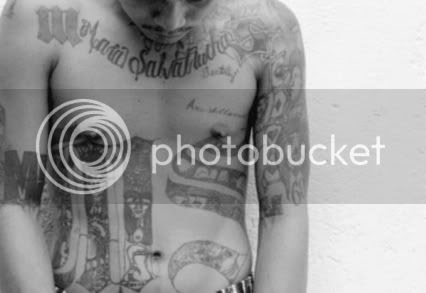 Hijos de la Guerra (Children of War) is a documentary about the children of the Salvadorean Civil War that took place in the 1980s, which was backed by the U.S., during the Reagan Administration. These children, who witnessed their parents violently massacred, fled their war-torn country and sought refuge in the U.S. Faced with discrimination, a need to create their own identity, and harassment by existing Mexican gangs, they eventually formed one of the largest and most violent street gangs in the U.S.: the Mara Salvatrucha, also know as “MS-13”.

The Production team, consisting of Alexandre Fuchs, Jonathan Bollier, and Jeremy Forteau, do an excellent of job telling a well-balanced story. During the Q&A, the filmmakers disclose that they developed personal relationships the casts; which allowed them intimate access into their subjects’ lives. This schilling tale about the “MS-13” says much about U.S. foreign policy, the governments’ (both the U.S. & El Salvador) oversimplified and inadequate ways of dealing with a complex issue.

Over all, the film festival continues to grow and develop, reaching out to a wider audience. This is my personal favorite film festival because it is a place to see some of the best films Latin America has to offer and because it offers a rare opportunity to see some fantastic gems that we might not otherwise ever see.