Off the Grid: Life on the Mesa
Directed By Jeremy Stulberg 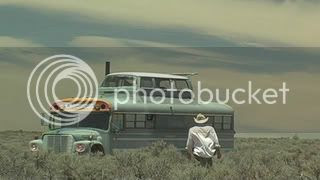 On a 16 square mile patch of near uninhabitable New Mexico desert, 25 miles from the closest town, a group of veterans, teenage runaways, the mentally ill, and the socially disenchanted make up the last bastion of wild west anarchy and true democracy. With no electricity, running water, little food, less water, and no police, this group of radicals lives by only two rules: Don't steal from your neighbor and don't shoot your neighbor. One might think the latter rule goes without saying, but with the rampant drug and alcohol use, the amount of arms readily available on the compound and the Mesa-ites predilection for popping off a few rounds, it probably doesn't hurt to say this rule out loud, and often. Through breathtaking cinematography and harsh reality, Jeremy and Randy Stulberg have created a compelling and insightful documentary about this emerging counter culture and its model of sustainable living. 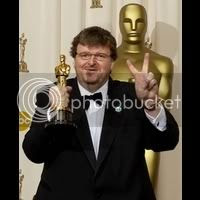 Many documentaries have been made criticizing Michael Moore for his divisive tactics as a documentarian. This one is unique in that it was not made by any right wing political affiliation. Two progressive liberal Canadian filmmakers, Debbie Melnyk and Rick Caine, first set out to make a biography of Moore after viewing Fahrenheit 9/11. Through the course of gathering material and hunting down Moore for interviews, their admiration for the man who brought the documentary genre to the forefront of American entertainment began to wane and their project took on a whole new theme. Melnyk and Caine depict Moore as a lying, manipulative, self-serving, egomaniacal, greedy, backstabbing lobbyist who has done more harm for the liberal left than good. A must-see examination of Michael Moore and his place in documentary history and American politics.

The Power of Community: How Cuba Survived Peak Oil
Directed by Faith Morgan 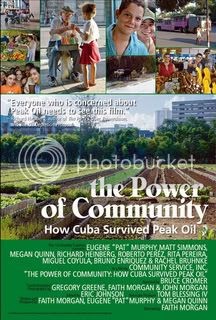 This fascinating documentary depicts Cuba's movement in the last 20 years from an industrial society to a more agricultural one. When the Soviet Union collapsed in 1990, Cuba's economy went into a tailspin: imports of fuel were cut in half and food importation was cut by 80 percent. Out of this desperation, Cubans began to raise their own food without the aid of pesticides, farm machinery or fossil fuel. The film opens with a short history of Peak Oil, a term for the time when world oil production will reach its all time peak and begin to decline forever. Cuba, the only country that has faced this crisis, is an example of environmentally conscious sustainability and hope for the future.

Posted by Indie Filmfestival Blog at 9:58 AM