The Asian Film Festival (www.cinemaasiaaustin.org) screened at several locations in Austin: UT, Coldtowne Theatre, Mexican American Cultural Center (MACC), and the Carver Museum, among others. I attended several screenings at the MACC, which is located in downtown Austin, by Lady Bird Lake (Town Lake). The MACC is a beautiful cultural facility for Latino artists, with a spacious multi-purpose space inside and a distinct landscape outside. It was perfect for the outdoor film screening. The atmosphere was ideal for the festival: intimate, spacious, and full of culture. 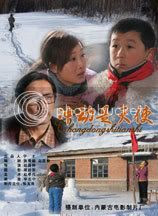 A new college graduate (Xia) moves to a remote town in hopes of acquiring a teaching position at an elementary school. While finding her place in these new surroundings, Xia meets and befriends an orphan (Lin Lin) with AIDS. While the town members have shunned Lin Lin from the community, Xia boldly tutors the young boy and takes him under her wing. In the process, she too gets the cold shoulder from the town, which tests her values, beliefs, and integrity.

The story’s compelling, endearing, and unfortunately still relevant in today’s times. AIDS is a social issue that individuals fear, challenge, and judge. Envisioning a child living with AIDS, the film challenges the audience’s own beliefs and values, pushing people out of their comfort zone. It’s a film worth viewing. 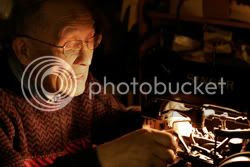 Two aging brothers, tailors their entire lives in Vancouver, struggle to decide what to do with their family tailoring business. Over the years, custom tailors have become insignificant and unneeded in today’s world of factory suit-making and clothing lines. The last year of their business is shown in this touching documentary. 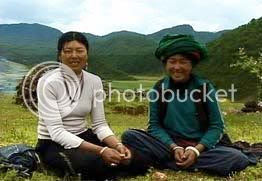 Traditional Chinese Mosuo folk songs have been disappearing from the cultural landscape, with the continuing modernization and commercialism of rural townships and isolated villages. Part of this commercialism resulted from demand of tourists, however, villages benefit from the revenue by supporting their families and businesses. Originally, Mosuo folk songs were sung in the mountains as individuals worked the land and traveled by foot across the mountainside. Mothers would sing to their daughters about love and family, while husbands would sing to their wives about partnership and company. As traditions fade, unfortunately, so do culture and history.

Showing a lifelong relationship between a daughter and mother, this animated short is beautiful, emotional, and flawless. The story accounts the memories and moments the mother and daughter shared by the magnificent chestnut tree as the daughter matured through childhood.

by Krista Anderson
Posted by Indie Filmfestival Blog at 5:46 PM