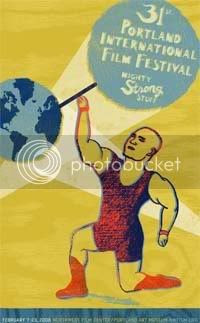 Portland is a bohemian town that loves its art, music and festival's! It always seems that there is one going on all the time, but the Film Festival, now that is something that people actually take their vacations to be a part of.I have had a fantastic time seeing the excitement of all the movie goers, it's like we are all part of the same family! We buzz from coffee and chat with each other while we wait in line. People dart their heads back and forth, hoping to see an actor or director. And can I tell you... opinions??!! Oh my God it's like the sun rises and sets around this Festival.My only wish? I could see every film... 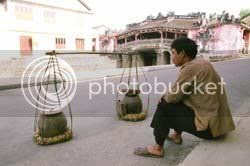 This beautiful film hails from Vietnam. The stunning features, grace and poise of its people fill the screen a melancholy longing that left me speechless. This film actually broke my heart.

The subject shows the painful path of a mother who desperately wants to provide for her daughter, actually, all her children... no matter what the cost. Something as simple as a "White Silk Dress" becomes paramount, something she would sell her soul for and in a sense... did.

Then, a marriage and all will be well right? That opens another can of worms... I'll stop here, as not to give the ending away. This is a must see and believe me, you will be moved!

The Portland Int. Film Festival website has this to say…

Winner of the Audience Award at the Pusan International Film Festival and this year's Vietnamese submission for the Best Foreign Film Oscar, The White Silk Dress is a sweeping drama that portrays how one poor and oppressed family manages to maintain its pride and dignity and overcome adversities. The setting is the picturesque town of Ha Dong in central Vietnam, immediately prior to the collapse of French colonial rule in the 1950s. Dau and Gu, who have slaved for a landlord all their lives, are finally able start a family. However, the unrelenting cycle of war and poverty results in numerous tragedies. Even after losing everything, they still maintain their faith in the Ao Dai, a symbol of the lofty and pure willpower of Vietnamese women. 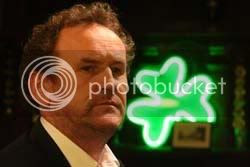 This film comes from Ireland. It's lush green countryside adds a stunning contrast to the poor life these boys lead.

They leave Ireland to seek their fortunes in London, convinced they will return home men of the world! They will be rich and successful and the old neighborhood will love them!

Many years later, the story does not change, only the town... and the worst part for all, their "leader" doesn’t make it back alive. As they all sit in their hometown Pub during the wake and reminisce of their lives, it is a sad account. But at the same time, they remain hopeful in the company of friends.

The Portland Int. Film Festival website has this to say…
A universal tale of disenfranchisement and the search for identity, Kings tells the story of six ambitious young Irishmen who leave the west of Ireland in the early 1970s to seek their fortune. Thirty years later only one, Jacki Flavin, makes it home—but does so in a coffin. Jackie's five friends reunite at his wake, where they are forced to face up to the reality of their alienation as long-term emigrants who no longer have any real place to call home. This year's Irish submission for the Best Foreign Film Oscar and the first Irish-language film ever entered.