The sleepy town in Buea in the Southwest Province of Cameroon hosts Africa's most grueling footrace: the Mt. Cameroon Race of Hope, a marathon-length sprint 10,000 feet up a live volcano and back down again.To conquer the mountain, racers must overcome some of the cruelest conditions in sport: temperatures fluctuate 50 degrees, altitude sickness claims the weak, and loose volcanic stones can cause serious injury and even death as runners fly back down the mountain.For a select few, the rewards are lucrative: the top runners earn more in five hours than the average Cameroonian earns in four years. But nearly half of all runners will quit the race conquered by Mt. Cameroon.

Volcanic Sprint is a compelling film that shows us how much is possible when means are truly limited. How else would a farmer from Southwest Cameroon become a revered extreme racing icon?

The fact that this film was a low-budget endeavor even speaks to that. The filmmakers suffered altitude sickness right along with the athletes while in production. 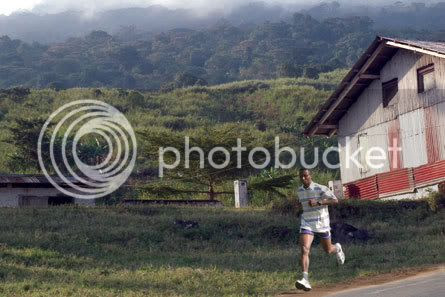 We live in a global society where affluent world citizens regularly pay in the neighborhood of $100,000 to challenge Mt. Everest (not to mention the added gratuity of their lives should she so require it.) They climb for the challenge and love of climbing.

On Mt. Cameroon, the majority of the people who annually run the Race of Hope are driven by a completely different force. Most of them are citizens of Cameroon who race for the prize money. They see it as a type of job opportunity, as the financial reward for a first place finish can equal five years’ salary toward family survival. There is a very specific sense of greater purpose to the race participants, a conscious superobjective.

There is no thought to high tech footwear for the locals, and rehabilitating an injured knee for a regional athlete is unheard of. They race with only what little they have, as we watch shoes fall off on the mountain trail, and knees give out while runners somehow continue….Magic happens on screen before us.

While reflecting upon Volcanic Sprint, I have started fantasizing about a dream Celebrity Deathmatch: Five-time Female Division Champion Sarah Etonge (did I mention she accomplished most of these as a grandmother?) vs. Mt. Everest:Beyond the Limit athlete Tim Medvetz. http://dsc.discovery.com/convergence/everestbeyond/climbers/tim-update.html

Sarah Etonge would kick his ass, I have no doubt.

Dorst and Evans do a beautiful job of weaving into their film that this community is anything but a sterile “sporting” environment. This race doesn’t exist in a vacuum. Singing, dancing, and libation ceremonies are interwoven into the fabric of preparation for this race along with a rigorous training schedule. We see how the people of Mt. Cameroon lead whole, integrated lives whether they are rich with material possessions or not. 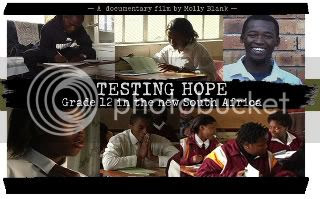 Testing Hope: Grade 12 in the New South Africa's chronicles the lives of four young people in Nyanga township, South Africa, as they work towards their crucial Matric exams, which one student calls, "the decider". These students began school in 1994, the same year apartheid ended and Nelson Mandela became president. While this is the new South Africa, many vestiges of apartheid persist. "Testing Hope" follows the students as they prepare for the exams which they believe will determine their future. It explores what hangs in the balance if students pass Matric and what awaits those who do not. How do they achieve their dreams in a country where so many obstacles remain?

Filmmaker Molly Blank introduces us to South Africa’s Matric exams through the lives of four remarkable students: Babalwa, Noluyanda, Mongamo and Sipho. These students take nothing for granted and treat every day and each sliver of opportunity as a blessing. This documentary is remarkably personal as we see just how high the stakes are for each of these students. We know that they represent an entire generation fighting for opportunity and denied a fighting chance. 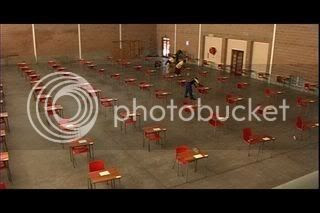 Striking details include footage of students preparing for school doing things like shining their shoes. Do American students even know how to do this? Have we, as a culture that has become accustomed to such a high level of ease and comfort sacrificed a high level of drive as well?

One constantly wonders during this film what the next step will be for those who pass the MATRIC. What will South African society offer them next?

See Testing Hope, and then try to look at education in our country the same way you did before your experience.

Really effective data, thanks for this article.