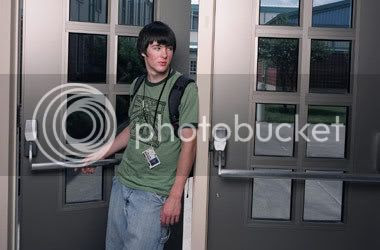 Set in the small, one high school town of Warsaw, Indiana, Nanette Burstein’s documentary American Teen explores the lives of four very different Midwestern teenagers as they each make their way through the last ten months of high school, negotiating the harrowing social struggles of day-to-day suburban life while making the important decisions about what to do after graduation that will either solidify or sever their hometown ties. In quick succession, we meet Hannah, the spunky, stylish social outcast with artistic aspirations; Megan, the all-American Homecoming Queen with a hidden inner rage; Colin, the eager-to-please basketball star whose only hopes for college rest on a sports scholarship; and Jake, the video game-obsessed geek who, despite his most fervent efforts, can’t seem to keep a girlfriend for ten minutes together. 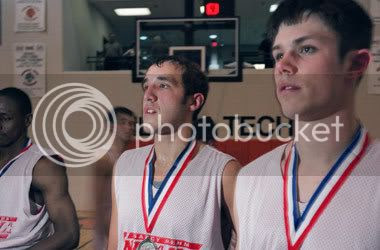 Herein lies what seems to me to be the primary allure of American Teen: in its up close and personal look at the dreams, disappointments, romances, triumphs and embarrassments of each of these teenagers’ lives, it allows us access to the inner workings of social circles that to the average American, aren’t particularly exotic or unfamiliar. For many of us, becoming a fly on the wall of the Homecoming Queen and the star of the basketball team fulfills a real-life fantasy that at one time, back in those better-forgotten pimply-braces-glasses years, we actually had ourselves. As far as juicy tidbits go, American Teen doesn’t fail to disappoint. When Hannah’s boyfriend of two years dumps her unexpectedly, she falls into a depression so debilitating it may get her kicked out of school. Colin appears to be buckling under his Elvis impersonator father’s pressure to get recruited by college coaches, and may fail to get a basketball scholarship altogether. Though Megan’s entire family has gone to the University of Notre Dame, she’s not sure she has what it takes to get in. Jake, who in his own estimation, “sucks at life,” might do a lot better with women if he just stops hating himself. It’s difficult not to get wrapped up in these stories, to the point where we’re biting our nails at Colin’s sectionals game; tearing up as a bright-eyed Hannah imagines her future at film school; clenching our fists when Megan’s Notre Dame letter arrives in the mail; and cringing when Jake says to the girl who’s breaking up with him across the table, “This table’s covered with grease…because I had my face on it.” 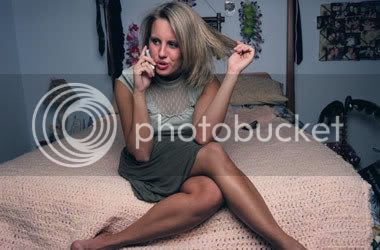 This being said, it is worth asking whether despite its narrative intrigue, this film is really bringing anything distinctly new to the table. As though to suggest that technology has somehow overhauled the high school experience in recent years, it not only liberally quotes text messages and emails on screen, but occasionally plays out characters’ fears and fantasies in animated sequences reminiscent of contemporary comic books and video games. Overall, however, it is not my impression that anyone who actually went to public high school in America in the last thirty years would feel like he or she learned anything new about the current generation from American Teen: for the most part, it felt pretty much the same as I remember it. 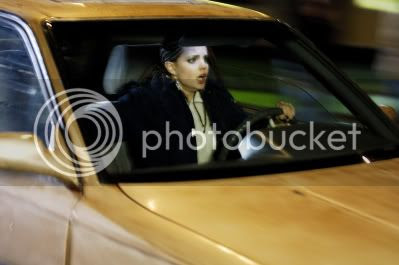 In Stuck, an agonizing black comedy by writer/director Stuart Gordon, one character’s bad luck unexpectedly collides one night with another’s bad decision-making to produce the most unrelentingly gruesome story to hit the screen in a long time. It’s a typical Friday in Providence, Rhode Island, and Brandi (Mena Suvari), a young, hard-working nursing home attendant, has just been offered an important promotion—with the one condition that she prove her dedication to the job by coming in early on Saturday morning. Both to celebrate and to unwind, she makes plans for a night out with her co-worker/friend Tanya (Rukiya Bernard) and drug-dealer boyfriend Rashid (Russell Hornsby). Over the course of the same day, the recently laid off Tom (Stephen Rea) not only gets kicked out of his apartment, but loses a crucial job interview and is forced to spend the night on a park bench. Ordered out of the park in the middle of the night by the police, Tom, complete with newly acquired shopping cart, makes his way on foot across town to the homeless shelter. At a dark, quiet intersection, the now thoroughly soused Brandi, driving home alone, hits what she believes to be a homeless man with her car. Tom’s head crashes through her windshield and blood drips liberally onto the seats. Brandi screams, and panics. And then she drives home…with Tom still on top of the car.

In the farsical aftermath of the accident, Brandi attempts to cover up her irresponsible behavior and still earn her promotion by hiding her car, and with it, the brutally mutilated Tom, in her garage…eventually planning to kill him with the street-wise Rashid’s help. When Tom, far from dead, realizes he’s a prisoner and tries to escape, a battle of wills ensues. As it progresses, it becomes one of the bloodiest, grossest, and ultimately most ludicrous battles of will imaginable, as Brandi develops progressively sicker and more elaborate ways of taking revenge for the accident on her victim, Tom, who simply refuses to die. While the sheer audacity of these two characters sometimes affords a laugh, the film seems much more hell-bent on making the audience sick to their stomachs in a way that does not, contrary to various claims, teach us about the nature of humanity vs. inhumanity. I was not particularly thrilled to be stuck in the theatre for 94 minutes.
Posted by Indie Filmfestival Blog at 2:32 PM