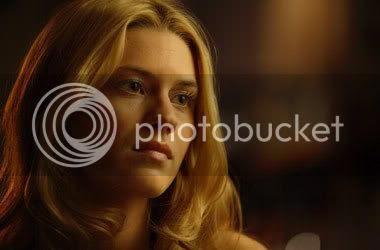 A quietly heartbreaking film by Swedish director Johan Kling, Darling tells the story of two very different characters who, simultaneously forced by circumstances off of their chosen life paths, each struggle to find meaning, and comfort, in compromise. Eva (Michelle Meadows), a gorgeous but icy young clerk at a Gucci boutique, is a rising star of the Stockholm social scene until a one-night stand (perhaps the most nonchalant in the history of cinema) puts an unwitting end to her relationship with her popular boyfriend at the same time that her unsolicitous attitude at work gets her fired. Bernard (Michael Segerström), an impossibly sweet sixty one year old who has been struggling financially ever since his wife left him for a younger man, is having a terrible time finding an employer who will agree to take him on. When both of these characters, lost, lonely and desperate for money, ultimately decide to work at McDonald’s, their lives connect, and gradually, the two form a delicate friendship that allows them to find unexpected joy in an otherwise bleak situation. 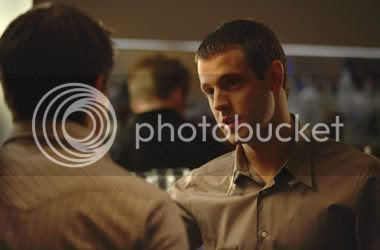 It is difficult to give enough praise to Darling, a film which has garnered much deserved recognition in Sweden, winning, among others, the Swedish Film Institute’s awards for Best Actor (Michael Segerström) as well as Best Cinematography (Geir Hartly Andreassen). In its combination of pitch-perfect writing, inspired acting, lush cinematography and visionary directing, Darling at once revels in artistry and brims with humanity. In his infinite dignity as a neglected but loving, even doting, father, the character of Bernard evokes a sympathy irresistible to even the hardest of hearts. His fledgling friendship with the seemingly hard-hearted Eva is thus alternately inspiring and devastating to watch. The backdrop of the story, a modern Stockholm where McDonald’s is the only place a hard working, over-qualified, older man like Bernard can find work while more or less unskilled beauties like Eva float in and out of the work force on looks alone, also provides a valuable commentary on the nature of employment (and unemployment) in contemporary European society. Johan Kling is most definitely a director to keep watching, and Darling, for anyone interested in experiencing dramatic cinema at its finest, is an absolute must-see.
Bad Habits (Malos Habitos)
Directed By Simon Bross 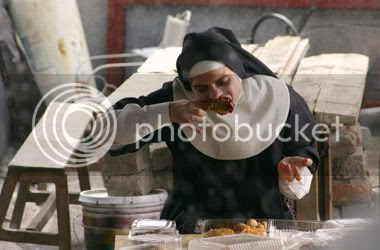 The worst rainstorm in Mexico since The Flood sets the somber, surrealist mood for Bad Habits, director Simon Bross’s sumptuous debut feature which peers at the elaborate rituals and devastating effects of eating disorders among three interconnected female characters. A film with very little talking—out of the 104 pages of script, only 21 contain dialogue—but lots of eating, and not eating, and eating, and not eating, Bad Habits crafts together bite-sized episodes of obsessive behavior that, when taken together, make for a picture of contemporary women’s relationships to food that is as stomach-churning—literally—as it is tragic. Through an emphasis on religious imagery and symbolism, it also says a cryptic thing or two about the influence that faith and devotion (and/or the lack thereof) might have on social attitudes towards eating in the modern world. 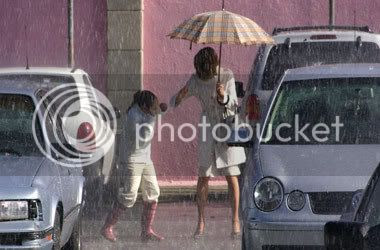 We first meet the character of Matilde as a child, when she believes to have saved her father from choking on a fish bone by reciting the Lord’s Prayer. As an adult, Matilde goes on to earn her medical degree, but immediately after graduation, decides to join a convent. Convinced that the violent rainstorm is God’s punishment for humanity’s sin of gluttony, Matilde covertly takes it upon herself first to consume inedible food, and then to quit eating altogether, as penance for the wrongdoings of those around her. In a somewhat parallel scenario, one of her young communicants, a pudgy girl named Linda, struggles with a ballooning food obsession that her control-freak mother, Elena, is powerless to reverse. Self-starving in her daughter’s place, the already svelte Elena adopts an anorexic’s regimen of water, cigarettes, and exercise that slims her down to meticulously manicured skin and bones—and sends her fed-up husband, Gustavo, clandestinely into the ample arms of a young Peruvian gourmande who shares his appetites for indulgent food and sex. 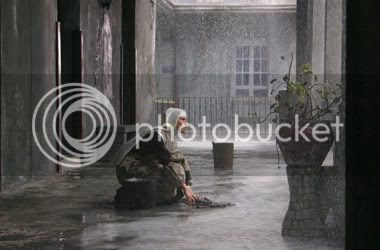 With its fantastical food montages, its moody, watery settings and its sensual focus on bodies of all kinds, Bad Habits makes for a luscious visual experience. In its artistic interpretation of eating disorders, it also introduces into serious film a subject more typically relegated to cloying teen magazines and after school specials. On a psychological level, however, I don’t believe that it succeeds at going much further beyond this introduction, to explore what actually makes his characters tick. The film spends so much time watching people interact with food that we are led to believe that their inner lives consist of nothing else; that the scope of their every desire and disappointment begins and ends with the way they eat. There is little humanity left to empathize with; little reason to care why these otherwise anonymous women are hurting themselves. While Simon Bross has created a beautiful film about eating disorders, it does not quite succeed at being a film about people with eating disorders.

This cannot really work, I feel so.