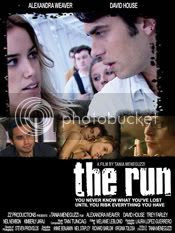 Young, beautiful, and in love, Amanda and Rowly have big dreams. She is an aspiring musician and he is a student/ bartender content as a working class stiff. On the opposite of the spectrum, Amanda is frustrated with the roadblocks in attaining fame and fortune. In an attempt to get there more quickly, she convinces Rowly to traffic cocaine from Costa Rica into the United Kingdom.

After a few smooth runs and deals, the couple rapidly becomes addicted to their new found flow as well as snorting up their profits. Soon their reality becomes so sick and twisted that it leaves them hanging on by the skin of their teeth instead of the having the world at their fingertips. 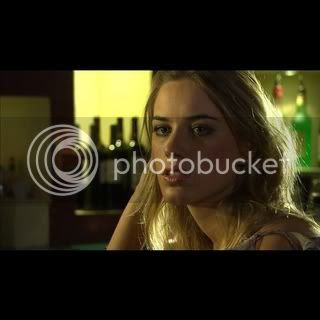 Mentally beaten and physically worn and left with no choice, the two are forced by their distributors to do another run. Finally, both Amanda and Rowly realize the rock bottom lives they have created for themselves.

The feature film draws audiences into the dark, horrid underworld of drugs and dollars signs. Many may find it shocking while others may find it right on the money. In either case, after all the couple has been through, even the most cynical of viewers will find themselves hoping that Amanda and Rowly will come out clean from their downward spiral.

Some say hope burns eternal and everyone deserves a second chance, while others believe that poor judgment deserves punishment to the full extent. The Run simply asks the hard question: How much humanity are Amanda and Rowly worthy of?
Posted by Indie Filmfestival Blog at 5:00 PM