What could be more interesting then attending an Animation film festival from around the world? This was not your typical film festival with a huge opening bash, with creative and so-so films and all-out closing night parties, but animation shorts that were intelligent and highly creative that ranged from 10 seconds to 13 minutes.

I arrived not knowing what to expect with no lines and a relaxed atmosphere. I finally sat down with my popcorn, when the title Utopiate by Lee Noble came on the screen. I applaud his efforts, but not worth mentioning. It was so boring and not what I expected to start the evening off. I continue to examine the program of 20 films, hoping at least three would move me in some sort. 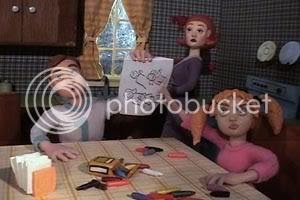 To my surprise the first film to grab my attention was the dark-themed claymation film View-O-Rama by Chelsea Manifold about a family of four from the 70’s who bought a new TV that was possessed. The TV hypnotized and controlled the parents and big brother from the living room. While the younger sister realizing the TV was possessed and trying to kill it. When she tried to kill the TV in order to save her family, the possessed TV tried to hypnotize her with its antenna. She eventually kills the possessed TV and the spell is broken from the family. The family is back to normal. As crazy as this sounds, I liked this film because it reminded me that we sometimes focus on the possessions in our lives instead of the ones we love. 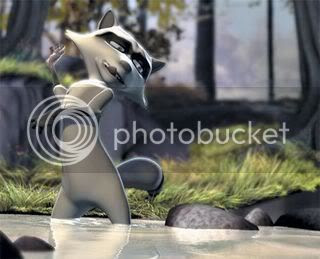 Raccoon and Crawfish by Four Directions Productions was humorous, and a favorite at the festival due to incredible special effects and comedy. I felt like I was watching some Pixar film because of the production value. The raccoon tricks the leading crawfish that he needs help finding food in the woods and is too weak to carry on. The raccoon stumbles on a huge rock; hit’s his head and plays dead. The crawfish thinks he’s dead, then goes to the crawfish village underneath and tells his people that he killed the raccoon. The crawfish village doesn’t take his word until they poke and stab him. Suddenly the raccoon opens its eyes and eats all the crawfish.

Cole Needs Women By David Chai was the most creative from the festival. It was about a man who was obsessed with women and wanted to have every woman from the whole world. So he studied what women like, disliked, needed and etc. then went to several countries handed out flyers to women that stated, “ Come to women’s planet world” where you can have the man of your dreams satisfied all your needs. Eventually, he creates a planet with all the women of the world, happy as can be. Until there is a global alert that there are no more women and they will have start cloning due to lack of women in each country. Cole feels guilty that he has taken all the women for his personal needs and the world is in a state of emergency, so he sends them back. Some how the world produced too man women due to the cloning, so Cole volunteered to take half the women back to his planet. 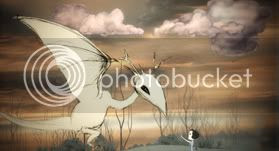 My favorite from the festival was the very dark-themed film, Dragon by Troy Morgan about a young girl whose parents were killed and sent to an orphanage where she would draw images of dragons to escape the pain from her parents’ death. The school coordinator would steal her work, passing it off as his own for an art show at the orphanage. He would collect large sums of money until she made a wish that the dragon she drew could come to life and revenge the school coordinator for his wrong doings. The same dragon she feared her whole life became her best friend, killing the school coordinator for making money off her stolen art work. Some how the dragon freed her from the prison she was living in and gave her hope to start a new life with out her parents.

The one thing I hadn’t anticipated when watching these films was how some of them made me examine the things in my own life. I expected to sit back, laugh, enjoy and eat my popcorn with ease. Instead, I left moved. Overall, I felt grateful to have witnessed a lot of heart and soul.

Here are some pics from some of the other cool animation shorts!!!! 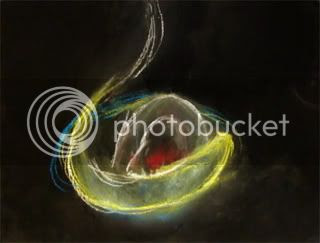 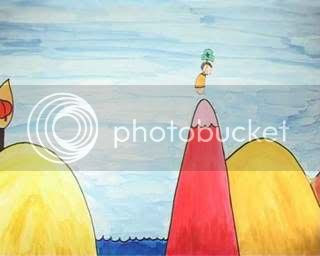 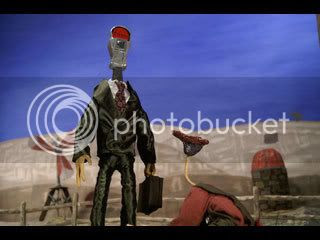 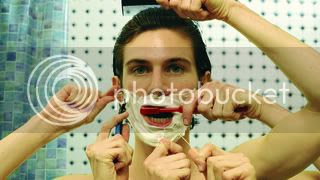 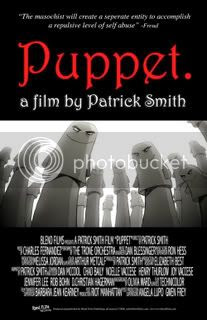 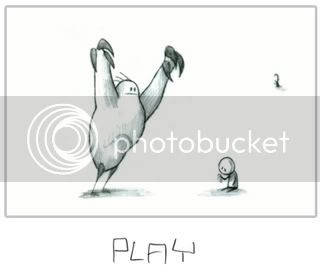 Posted by Indie Filmfestival Blog at 9:27 AM