Lawn chairs, blankets on the grass, free popcorn, vendors selling hats & other wares, beer & wine bar, food truck, evening under the stars, this was the Topanga Film Festival. Very laid back, a little necking in the row in front of me, a little heckling of the mc, very Topanga…

After a few false starts (no sound on the mc’s mike and a runaway projector), we were off!

And I saw some interesting choices.

HELLHOLE is a funny sendup of every horror film you ever saw, with very inventive bits. Got a little queezy, but fun to watch. There were 3 episodes, but after the ghost threw up blood and the cereal turned into huge beetles which he proceeded to eat I gave up after episode 2.

NAKED BRANCHES is very pretty to watch, it’s an animated watercolor about a peacock who gets consumed by a snake. It was prettier to watch than it sounds.

FISH was the one that stayed in my thoughts. Very short, just 4 minutes, but really sweet. A fish store in Manhattan near the East River, a man dressed in business clothes buys the fish hanging on the hook breathing gills moving still alive, puts it in his briefcase, walks down to the river and releases it, then we see him going back up the hill with his empty briefcase, going to the market, and looking at his next fish. You just know he does this all day every day. 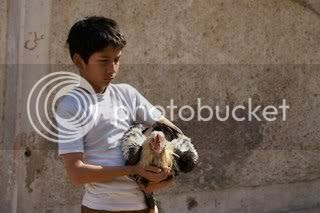 ABAJEE was another charmer. Liked everything about it, the direction, the story, the writing, the actors. Mostly the director’s entire family it seemed. A little boy who likes rooster fights enters his rooster and loses. He is then VERY sorry.

AMERICAN STORAGE had lots of production values, mini movies, and Steve Carrell. I found it not so inventive as others, very predictable. 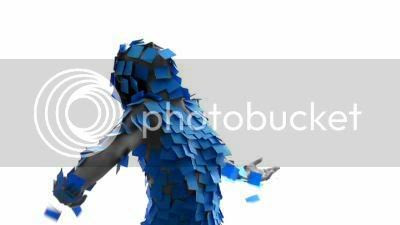 ARE YOU FOR REAL very interesting movie loved the imagery.
Deirdre Meehan
Posted by Indie Filmfestival Blog at 10:13 PM