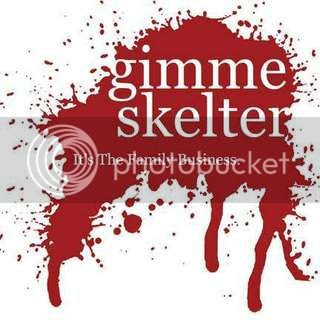 Written and directed by Scott Phillips, follows a group of characters in a small (very small, pop. 67) New Mexico town. The story follows character Todd Aherne and his girlfriend Jonda. After Todd makes a horrible mistake of infidelity, he not only jeopardizes his relationship with Jonda, but risks the lives of everyone he knows; his friends and neighbors. When night falls, the town is taken over by a young band of would-be serial killers. The leader of this ‘family’ is the self-proclaimed son of Jesus Christ. Todd must try to survive through night in order to save Jonda -- and himself.
Billed as a “MAGNOLIA with gore”, this film rocks! I loved it. First off, it opens with a surprise ending, I mean, a surprise beginning… and keeps the pace going throughout. Gunnar Hansen is wonderful and it was great fun to see him perform again. His performance was convincing and engaging. Actually, all the performances were well done, most notability the actor who played Jesus’ son…was so charismatic I couldn’t take my eyes off him. The female characters were written with surprising (and delightful) fierceness. But the one element that separated this film from all the others at the festival…was the fantastic soundtrack! The music in this film was amazing, I not only thought it enhanced the movie as a whole, but it was some damn good Rock-n-Roll. I highly recommend Gimme Skelter, go check it out as soon as you can.

To see the awesome trailer go to:
http://vids.myspace.com/index.cfm?fuseaction=vids.individual&videoid=10317935

For more info go to:
http://www.edpmovies.com/skelter.html
or http://www.horror-movies.ca/horror_8849.html
Posted by Indie Filmfestival Blog at 2:26 PM

I saw a rough cut of the film several months ago, and it was great. I can't wait to see the finished product.

i am always looking for some free stuffs over the internet. there are also some companies which gives free samples. buy dvd abbott and costello