Hollyshorts Opening Night
The Opening Night festivities kicked off at this strange little Hollywood club I had never been to, Nacional. It was a very small and cramped space which made for a very interesting night as the place got packed! They were there to mingle with the filmmakers and to see the opening night film directed by the star of Entourage Adrien Grenier. Love the show. When he got there all Hell broke loose. Girls were doing there best to get in front of him. Very funny. 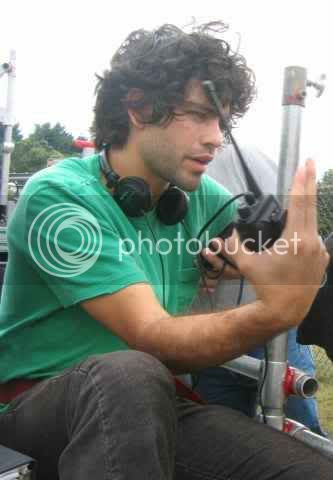 His film is called EUTHANASIA (USA) 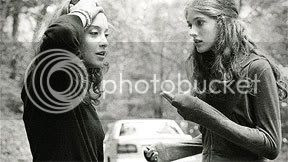 It is a tale of a young girl who has just got her liscence. She and her best friend take the family car for a quick unsupervised 15 minute drive. The family cat runs out of the house and apparently ran very fast down the road so it could be hit by the young girls. They freak out of course. They love the cat. They pick the cat up and an entire leg and hip fall off the cat. It is suffering and cannot be saved. The girls must do like Dr. Kevorkian and put the family cat out of it's misery.
This is a film with mixed results. It is funny. It's very dark humor but hey I was game. Hell it's my favorite! It has ok performances and is shot fairly well. The problem lies in belief. And I had a hard time believing some of this movie. I would love to see it again, just to see if I would feel the same way. I heard people say they loved it and I heard people whisper that it was just gross. LOL! I think it is a worthy first short film, and applaud Mr. Grenier on attempting such dark comedy.


HOLLYSHORTS DAY TWO
Wow. I had never been to CINESPACE before. I will go alot. It is a real place to have dinner and a movie in a nice swank environment. I was truly blown away and suggest that you try it. www.cinespace.com 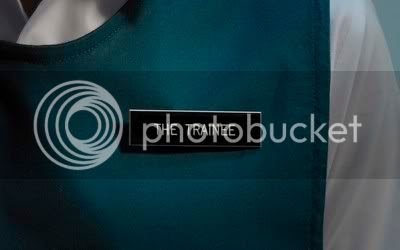 A store clerk has fun with her would be robber. She’s been through this before and he’s a novice. After no cash in the register and no cash in the safe, he resorts to becoming the store clerk himself with hopes of cashing in only to be robbed himself in the end. The film was funny and entertaining, but what happened to the girl? Clever use of credits at the end on a register receipt.

Was this really a documentary? It had the makings of a true story, but the scenes were obviously staged. Nonetheless, the film looked into the cultural trappings of a young Indian girl, Anita, who wanted to go to school, but in her village it was frowned upon for girls to be educated. Anita took matters into her own hands and tutored children and learned how to make honey to raise money for her education. 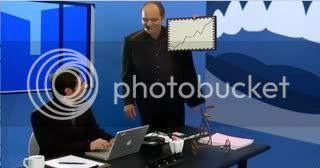 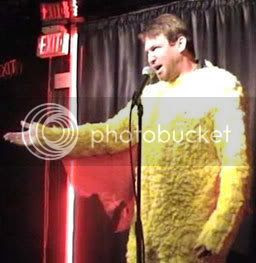 This documentary was almost painful to watch at first, but then it lightened up. It was as if we were looking through a keyhole to the pathetic real lives of comics. As the story developed it seemed to parallel that of some (dare I say most) comics lives—where they start out with a rough childhood, figure out how to be funny to survive, and then they hit their stride. The participants got to audition at the Improv and The Ice House—some made the cut to the next round, and some don’t. Hey more real lives of comics.

He Works in a Suit (Australia) 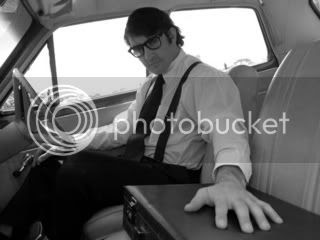 A serial killer picks up a hitchhiker, who just happens to be a bank robber. What fun… two fugitives in the same car—but this weren’t no Thelma and Louise. It was more like Freddie and Jason or Alien vs. Predator. The banker robber couldn’t leave well enough alone, but had to go snooping through serial killer’s briefcase and ultimately paid the price.

I really liked this short action film. Well written, directed and acted it was a highlight of the day for me. Jared Ward turned in a very remarkable performance as the lead Detective Rich Summerfield. I wish that this sweet little short was a feature. Fun and enjoyable!

Women Against Domestic Violence (USA)
This is a PSA from Lifetime TV. It shows women who have survived domestic violence and which bones got broken as a result like an x-ray. Very cool and effective!

Downwinders: The People of Parowan (USA)

What an amazing documentary. There was so much information in this little film that shocked, appalled and pissed me off at the government it was astounding. The Utah nuclear testing sites started testing nuclear weapons in 1951. It ended in 1992. 15,000 deaths have been attributed to it and the US govt. has done very little to solve the problems. Jake White directed this, and I would not be surprised if it is not nominated for an Academy award. AMAZING FILM!!! 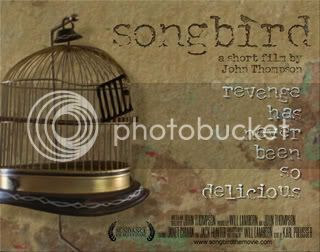 Directed by John Thompson this is one of those films I do not know quite what to say. The film switches speed often. It is like a fairy tale where the wife is held in fear (like a princess in slavery) and her husband is the scary troll. It was just gross. The story was cool. It was shot great. I was eating food and this movie was really gross! LOL!! Because of the food issue I will not go any further. I thought the timing was ironic. LOL! 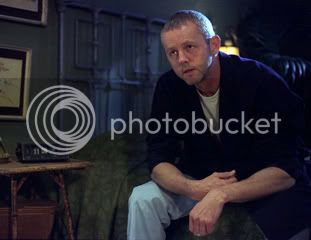 A short starring David Morse. It was inspired by the Twilight Zone and asked the question "What is reality?" A man who is being tortured in Cambodia (an American soldier)escapes from his pain by creating a fantasy with which to escape. Very interesting story. Well shot and acted.

A sweet little film in which a young man releases a red balloon with a note attached wishing his mom a happy birthday. I got the feeling that his mom had passed away and he was sending it to her in the sky. A very short little gem of a film. 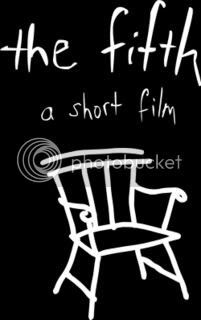 What do you do when one of your best friend's is a serial killer? This film is not afraid to ask that! Very funny! Four guys are waiting on someone to arrive for a poker game. The problem is when he arrives he brings his work with him. A dead girl he has just brutalized and murdered. This is one of the best shorts I have seen in a while. It was pure entertainment and I laughed til I hurt! Beautifully acted! 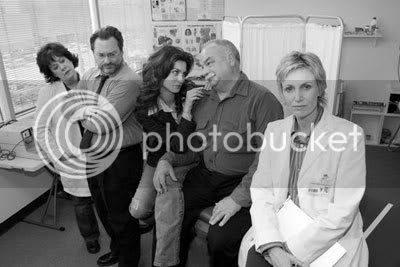 It has Jane Lynch in it! Of course I love it! A man needs to get his insurance to pay for his breast reduction. It gets approved but then he does not do it because they make him famous. Every woman and man wants breats liek him so they go to the plastic surgeon and ask for the Frank Anderson. So funny. And amazing that it was shot in one day! That is unbelievable.

Blackbird (USA)
A beautifully shot film with stunning visuals. A young girl wants to become a blackbird to escape her life. this is a modern day fable. Brilliantly directed and acted by the children.

1,000 Sides of the Moon (USA)
A visual tone poem which talks about the fear of people who are different. 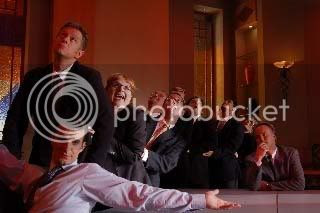 One of the best shorts of the year. We reviewed this at Outfest. A fantastic film that is perfect in every way!!!

When We Were Bengs (Singapore) 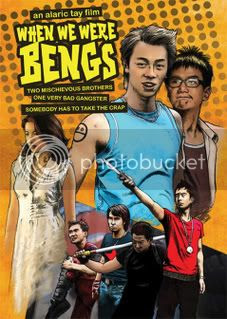 A mix of animation, comic strip, live action, video game-like sound effects, Batmanesque exclamations (ala TV show version)—“Zonk,” “Pow,” you get the drill… It was all over the place and we loved it. Two brothers like ice cream and like to look at girls and play some incarnation of Dance-Dance-Revolution, but big brother is being bullied to join a gang. The gang wants him and will do whatever to get him to join, including torturing the younger brother. The gang members—with the same names as the Teenage Mutant Ninja Turtles, mind you—beat the older bother senseless. Then we return to ice cream eating. The End… ?

With his job on the line, a 9-1-1 call center operator is being called repeatedly by woman who (supposedly) just got away from her assailant. Meanwhile, a mother and daughter call in separately—the mother is worried about her runaway daughter and the daughter doesn’t know where to go. Daughter hung herself and mother had to rescue her and at the end of the day he realizes the woman who escaped her attacker was actually the person who takes over after his shift. All in all, the pacing was good and the film kept your interest.

In typical B-movie, horror, flick fashion, this film’s leading lady was just shy of a convincing portrayal. If she had read more true to character, I think this film would have been much stronger. It had some interesting qualities. The camera work and editing was reminiscent of Requiem for a Dream. I’m not a huge fan of horror or gore anyway, so not one of my picks, but I think there is an audience for it. Based of course on the Poe classic!

This film was a modern day Arsenic and Old Lace, where a woman kills her gentleman callers. Although this spinster has three little girls in training who help her with her dirty work and the callers always add that special something to the stew. Gross! Beware the Bed and Breakfast.
Posted by Indie Filmfestival Blog at 11:31 PM