My second screening I had the choice of She’s My Brother or Eastside ___. I chose to see the Alexis doc because I’ve always been a fan of his, since the 80s when I lived in New York and fell madly for his Georgette in Last Exit to Brooklyn (of my favorite movies adapted from the beat novella by Hubert Selby Jr.). Alexis was amazing in this film playing a tragic junkie drag queen in the hectic industrial neighborhood of 1950s Red Hook.

As the years passed he would pop up in male bit parts (blasting at Vincent and Jules in Pulp Fiction) and the occasional drag roles. I was seeing him more often in drag than not (with his goofy twist on LA style; Stevie Nicks meets Britney Paris shopping downtown). The documentary chronicles a period of about a year in his life working out his decision to become a transsexual. He is and always has been a completely engaging, sensitive, and down to earth person. Even when navigating Hollywood traffic, ‘Back your shit up, bitch!’ he turns to the camera and laughs. (He’s not at all hateful, just annoyed). 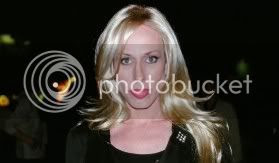 The film alternates between archive Arquette family footage, Alexis today at home talking to the camera, his disdain for his very masculine facial structure, (‘God, I could obsess over this all night,’) sessions with his Jewish therapist (always empathic and encouraging while waving her Streisand mani), and several of his LA homies, a few of which are strung out, bitchy queens living the life and look it. The montages of his LA trashy glam night life are often shot in night mode with a handheld camera. One of my favorite shots is of Alexis close-up in a dank club, aggressively applying glitter gloss, with a girl in the background doing a wasted interpretive pole dance (but near the pole!) while struggling to keep her camisole over her tetas. This was a wicked bit of hilarious guerilla film making as ghetto performance art.

The work is very naturalistic; hand held camera, funky lighting, and audio you sometimes have to struggle to hear. Alexis is honest and open about his life, ‘Puberty broke it down for me…broke it down.’ he says as he’s applying make-up in his bathroom (in a lovely vintage kimono). The camera follows him through electrolysis sessions to remove manly chest hair (which looks extremely rough on the skin) as well as consults with his plastic surgeon. At the final act Alexis, sporting chestnut extensions, having gotten a new house, a younger hipster boyfriend with a Quaker-type beard; decides that his journey is too personal and that filming it further is bordering on exploitation. ‘People will just have to wonder; did he do it or didn’t he?’ And you’re struck by this lovely person determined to create himself as he wants to be, yet drawing the line to keep his dignity intact; and one must have that or we lose our humanity; even the most glorious Venus in platforms strolling the Sunset.