Best Mates – what do gay men know more about than homophobia, dysfunctional families or drugs and alcohol combined? Falling in love with straight boys! As these selections of short films demonstrate, the dynamics of these relationships can run the gamut of human emotion. This was the first screening of short films at the Frameline Film Festival, sponsored by Gold’s Gym. And might I add that the beauty and staff of the Castro Theater is unmatched in the Bay Area. For those who’ve never been, the Castro Theater is a historic movie palace dating back to the 1920’s, replete with ornate gilded columns and a working Wurlitzer pipe organ, which entertained the moviegoers before the screenings. For more on the Castro Theater visit their website at http://www.thecastrotheatre.com/

Best Mates – set in London , two old school mates now settling into grown up heterosexual relationships set forth on a drunken, drug fueled, boy’s night out which culminates in an awkward kiss.

Float – a beautiful story of acceptance in the homophobic Bahamas . Writer/director Kareem Mortimas and his partner were on hand to introduce this touching film about a Caucasian man who falls in love with a local islander, who hesitates to acknowledge his true feelings for fear of reprisal.

The Best Men – two childhood friends reunite for one’s wedding, however the best man has designs on rekindling an old flame with the groom to be.

Cowboy Forever – cattle herders in South America discover all facets of love in this story of friendship and acceptance in traditional Latino machismo cowboy life. 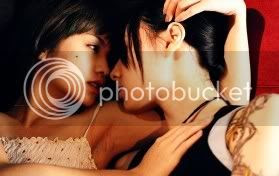 Spider Lilies – a visually stimulating Taiwanese tragedy about a webcam girl named Jade (played by smokin’ hot Taiwanese vocalist Rainie Yang) who wants to get a tattoo to increase her dismal online sexual appeal. At the tattoo studio, she sees a design that triggers a memory of her first love as a nine year old girl abandoned by her parents and left to live alone with her senile grandmother. The boy whom she thought was her first love turns out to be the female tattoo artist Takeko. Their seduction occurs thru flashbacks, online flirtation and questionable choices in hair color. This showcase feature was sponsored by the Sundance Channel.
To see the trailer go to http://media.frameline.org/media/films/SpiderLilies.html 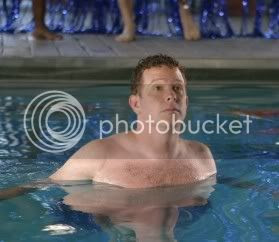 Outing Riley – Meet Bobby Riley – an Irish Catholic architect living in Chicago who loves beer, babes and the Bears – or so he would have you believe. Actually, Bobby (played by writer/director Pete Jones) is “the straightest gay guy in Chicago ” who just so happens to be dating Mad TV’s Michael McDonald (who, not surprisingly, delivers the funniest lines in the movie). When Bobby’s father dies however, he, his boyfriend and his nosey sister Maggie decide it’s time for the baby of the family to tell the remaining siblings about his sexuality. This proves as no easy feat, considering two brothers are a couple of bumbling, boozy, babe-lovin’ brutes and another brother is a priest! What ensues is a riotous mix of raunchy humor and a poignant look at how sometimes the bonds of family can overcome the ignorance of tradition. This movie is touching and frickin' hilarious – among my top five queer comedies – a must see!!!! This feature was sponsored by newcomer to the festival, Macy’s.
To see the trailer go to http://media.frameline.org/media/films/OutingRiley.html

JKRIMPLE
Posted by Indie Filmfestival Blog at 9:39 AM