Sunday the 17th – day four
Today was spent at the other two theaters in San Francisco showing films during the Frameline Film Festival: the Roxie (http://www.roxie.com/) and the Victoria Theatre (http://www.victoriatheatre.org/), both of which are ensconced in the far less fabulous Mission District. Don’t get me wrong, the Mission does have its charm: you can get any kind of food you want within a few blocks. There’s plenty of shopping in between screenings (check out Good Vibrations http://www.goodvibes.com/). There’s a plethora of tattooed, pierced, too-cool-for-school, punk rockers to sneer at you. And without a doubt, it’s the most diverse spot in San Francisco – so of course it’s one of the neighborhoods hosting the International LGBT Film Festival. But be warned – it’s not for the faint of heart - think Tenderloin with a twist!!!
Again the staff at both theatres are incredibly helpful and I cannot say enough about the over 300 volunteers helping out at Frameline this year. Keep up the great work brothers and sisters – we all really appreciate your hard work!!!!! 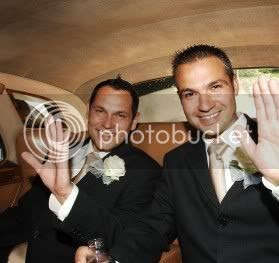 In Trust and Love – in July 2006, the Czech Republic began to legally recognize same sex partnerships. Actor/singer and Czech celebrity Pavel Vitek and his long time partner/manager Janis Sidovsky were one of the first to take part in these historic unions. This documentary chronicles their idyllic ceremony, held in one of the breathtakingly beautiful castles near Prague . Pavel, in very broken English, explained after the film that contrary to the proposed civil unions here in the states, the Czech Republic ’s same sex marriages do not grant its newlyweds rights to spousal pensions or hospital visitation – but they get to be legally “married” and recognized by the government. Whatever. I congratulated the men afterwards nonetheless, then immediately called my friend Majka to tell her that I met some of her most famous countrymen!! 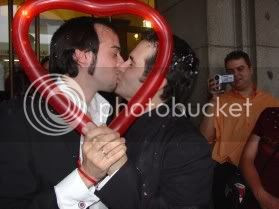 Miracle – in 2004, Spain began allowing same sex marriages when the Partido Socialista came to power after years of fascist regime. In typical Spaniard fashion, the colorful, flamboyant, soulful citizens took to the streets in celebration. Many Spanish LGBT political figures are interviewed, including Pedro Almadovar, who was celebrated in his own right as an innovator in gay film. 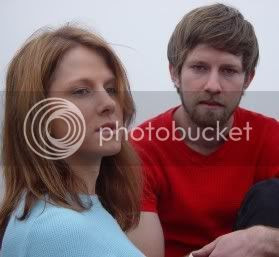 Red Without Blue – a fascinating documentary of identical twin boys from Montana , Mark and Alex, and their childhood in a picture perfect suburban family. Born three minutes apart, Mark says, “We were just in love with each other since the day we were born.” As the boys reached puberty however that facade begins to erode under sexual abuse, divorce, drug use and failed suicide attempts. The boys were separated in high school and sent to different boarding schools. Once the two were reunited, Alex had begun to identify as Clair. Through it all, the siblings’ bond remains steadfast, even as the two attend college in two different cities across the country. The film covers a period of four years, where the two siblings study abroad, make new friends, go skeet shooting and Clair begins transitioning. The filmmakers and Mark and Clair (who both reside in San Francisco now) took questions after the movie. When asked how their relationship is today, the brother and sister stated “they were still very much in love with each other.” This moving story of family ties is sponsored by the Bay Area Video Coalition. 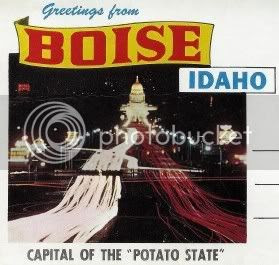 The Fall of '55 – this captivating documentary by first time filmmaker Seth Randal relives the homosexual sex scandal that rocked the sleepy town of Boise , Idaho in 1955. Local boys from the ages of 15 through 22 were prostituting themselves out to the town’s married men. Overnight, a classic witch hunt had begun in Boise , to rid the town of this cancerous plague and to prevent its spread to the town’s youth. This story eventually led to the John Gerassi book The Boys of Boise : Furor, Vice & Folly in an American City , and an era in Boise not soon forgotten. With a background in journalism, Randal left no stone unturned in bringing this embarrassing moment in American societal ignorance regarding homosexuality to the next generation. This presentation was sponsored by the GLBT Historical Society. 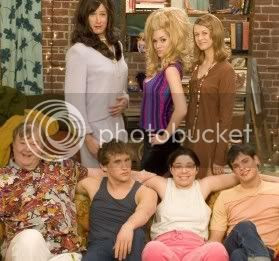 Lez Be Friends – riotously funny sitcom directed by Glenn Gaylord about a butch dyke named Ricca Pike and a sissy boy named Jamie - best friends who move to New York the day after the Stonewall riots looking for a place to live. This dynamic duo meet their destiny in the slutty bartender at the Stonewall Inn, Blake, who just so happens to have a vacancy at his place due to the recent breakup of his live in three-way. But Ricca’s gonna have to femme it up a bit to pass inspection with the landlord, Truman Dubois (played by Robert Michael Morris from The Comeback), who hates lesbians. It’s like Three’s Company for the queer set, complete with laugh tracks, authentic commercials from the 70’s and mid-scene product endorsements by the cast. Gaylord spoke after the screening of the first two episodes of the series about how he wanted to write a show about every gay guy who ever wanted a lesbian for a best friend and vice versa. The whole first season is in the can and he is shopping the show around trying to get picked up (ahem, Here!, Logo, anyone???). The episodes were sponsored by Gaylesta, which is NOT a queer artificial sweetener (http://www.gaylesta.org/).

Joseph Krimple is a Mortgage Banker residing in San Francisco, CA. When not punching the nine to five clock, he's an avid film buff, devoted music lover, and wannabe rockstar. He can be reached at jkrimple@hotmail.com
Posted by Indie Filmfestival Blog at 9:43 AM