LA FILM FESTIVAL Day 4- so many films my butt hurts! 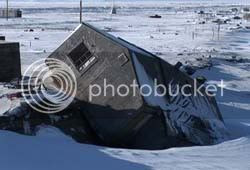 Live Earth Day at the La Film Fest. Their website says this:
58 short films commissioned by SOS-Live Earth—an organization supported by Al Gore and designed to trigger a mass-scale movement to combat the climate crisis—will screen at the L.A. Film Festival. Environmental groups will occupy booths on Broxton during the day to educate attendees about this impending danger and what we can all do to make a better tomorrow.

I saw 31 of these shorts. Some were documentaries, some were narrative, Some were PSA’s, and some were even cartoons. A lot of them came from England. I am just going to talk about a couple of them.

Think opened up the screening and it was funny, thoughtful, insightful and well performed. Directed by Rupert Jones, it showed a shopkeeper and the same woman coming in and buying milk. It revolved around the plastic bag. After slapping sense into each other time and time again, they both used canvas bags as a solution to the problem. LOVED THIS SHORT!

I wish I knew who directed the short about Sidwell Friends School in DC. They are a “Green” school completely and teach conservation of the Earth. These kids in the Doc were amazing and the way they talked about what was happening was amazing. They know and understand and hopefully will be leaders one day. I believe it was titled Generation G.

There were also shorts by: Casey Affleck, Chad Lowe, Madonna, Joaquin Phoenix and Rob Reiner. Some more of my favorites include: Switch On; Switch Off by Chris Bran, A Beginners Guide To Giving a Damn by Airside, Gridlock by Darren Walsh (the program lists it as Angry Kid), Round and Round by Suzanne Deakin and I thought the name was Suvuniq about the Arctic expedition taken by Richard Branson and his son.

There were some great vendors on Branson with natural products and they were giving out free trees! 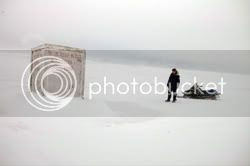 The LAST WINTER by director Larry Fessenden is a monster movie, in a way. It’s a horror film kinda. A cautionary tale about oil drilling in the Arctic. Definitely! And a perfect fit for the LA Film Fest Live Earth Day Events! Earth spirits fight back against man in the Arctic National Wildlife Refuge. The permafrost is melting and what is getting released. Vengeance! In all honesty it is much more a psychological thriller than a horror movie. I didn’t really find it scary. I thought it was a little preachy but I thought the performances were great. Especially James LeGros and Zach Gilford. The Q&A after had the director and LeGros. He sees the movie as a parallel to the partisan politics happening today. Corporate oilman against green thinkers. He is passionate about the global warming problem and made a movie about it. The most fascinating thing about the Q&A was to learn about the kickwell. That is the white structure in the picture above. It is real and the only time that they have ever drilled there before. It is kind of a haunting image against the starkness of the Arctic plains. I can understand how this movie came from that image. Give it a shot. There were a couple gruesome moments. 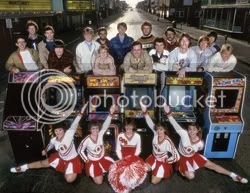 “I’ve got a pocketful of quarters and I’m headed to the arcade.” If you found yourself easily recognizing these lyrics to that pop-culture one-hit wonder, “Pacman Fever”, then do I have the film for you!

Chasing Ghosts documents that long-gone era where hanging out at the arcade was the ultimate after-school activity. It tells the story of the whiz kids of that era as they recall the hysteria that swelled over video-game high scores and the media attention that followed. It also tells of its quick rise, and even quicker fall, as ‘continues’ and video game consoles ultimately put a stop to the booming business.

Chasing Ghosts is so incredibly enjoyable, so interestingly done, that I cannot imagine anyone not walking away with a large smile on their face. Director Lincoln Ruchti mixes interviews with the yesterdays ‘whiz kids’ today, with vintage news footage and photographs. They even spend a portion of the time remembering those old arcade games, offering 3D computer-generated renderings of the action.

And it plays well … even on just one quarter. 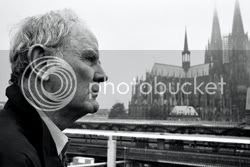 WOW!!! Yesterday I watched Join Us by Ondi Timoner. Christian Cults. Today I followed a story about Christianity in the military and the Catholic Church’s silent role in anti-semetic atrocities throughout history. Sword is directed by Oren Jacoby and was based on the subject’s book of the same name. James Carroll is such an interesting figure; A former priest turned author, who is not afraid of asking tough questions or hearing tough answers.

The air force is allowing New Life Church to come into their academy and recruit fervently. It had become an institutionalized support of Christianity in the military. People from other faiths and creeds were feeling very upset and concerned. This made Carroll look at the history of the Christian smear campaign against the Jewish people. I heard things that I never know. The mass killings during the Middle Ages. The Jewish Ghetto created in the 1500 and abolished in the 1870’s. These people were captives in a four block area in Rome that they were allowed to live in. Their prosperity or decline in Europe has depended on the Pope for over a 1000 years. What!?? It made me ill. I never knew all of this. It was a part of history I was never privy too. The story of Edith Stein completely devastated me. Like Anne Frank she has become a voice for everyone getting along. Why are so many people deaf! The Catholic church actually helped Hitler at a point? What? If this doesn’t go to show why a division of church and state is necessary then I do not know what does.

Carroll shows us that this “us versus them” attitude is the same today as it has been throughout all history. Are we headed in the same direction with our war on terror? It seems so. He reiterated this in the Q&A afterward. The Weinstein family who were in the movie were also in the audience.

My favorite part was watching Ted Haggard and the scary stuff that spewed out of his mouth about Christianity and Evangelicals. We all know what happened to him don’t we. How the mighty have fallen.

For more information go to http://www.constantinessword.com/
The film is playing again on June 29th at 7:30pm.
Posted by Indie Filmfestival Blog at 1:27 PM

Would you like to learn about movie rating?
You want to go to the cinema and you dont know what movie to watch? Search no further! We have gathered all the latest movies, with their current rating.

Rate this Movie is a big movie community where you can learn about the top performing movies.

Would you like to learn about movie rating?
RateThisMovie is a great website where you can learn about the top performing movies

Rate this Movie is a big movie community where you can learn about the top performing movies.