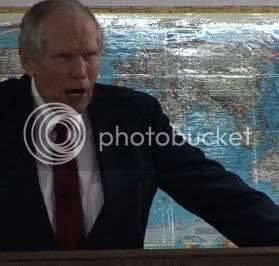 Fall from Grace – Pastor Fred Phelps has led his congregation of hate mongers for many years now, picketing the funerals of gays and Iraqi soldiers based on his belief that homosexuality is the root cause of everything that is wrong with America . I had to see this film to try and glean what motivates this kind of un-Christian-like behavior. I can’t say that I have a better representation of the Phelps clan, or any understanding of why they do what they do. This documentary only exposes further the fury with which he is set upon ridding the world of the homosexual agenda. Fire and brimstone at its best, the Phelps family guarantees that their mission will not die out with their Father/Leader, Fred. And after seeing the legion of young followers depicted in this film, speaking exactly the way Fred does, I unfortunately do not doubt for a moment these people won’t stop their insanity anytime soon. This presentation was sponsored by ACLU of Northern California. 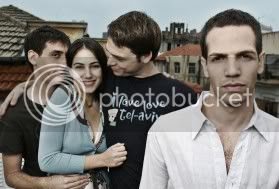 The Bubble – Writer/producer Eytan Fox’s achingly beautiful modern day Romeo & Juliet, set in the Middle Eastern bastion of western influence and liberal sentiment, Tel Aviv. The citizens of this cosmopolitan city are felt to be living in a bubble, unaware of the turmoil the rest of the country experiences, thus the film’s namesake. The political strife of the nation becomes painfully clear to an Israeli soldier Noam, who falls in love with a young Palestinian man named Ashram. Ashram soon leaves the Palestinian territory to move in with Noam and his two roommates in Tel Aviv. The group hands out left-wing flyers and organizes anti-occupation raves in opposition to Israel ’s Palestinian policy. But soon enough, Ashram’s presence becomes an issue, as he is without legal documents to remain in Tel Aviv. Politics aside, this is one of the most poignant love stories I have ever seen with an ending that will take your breath away and leave you pondering what choices exist for gays in Israel. Fox spoke before and after the film about how difficult it was to get Arabic actors willing to perform in a gay film and how ironic it is that the Israeli government helped finance the production. Queers Undermining Israeli Terrorism (http://www.quitpalestine.org/) showed up to protest the screening stating that it’s no surprise the Israeli government sponsors The Bubble considering Palestinians are depicted in the movie as irrational and deceptive people. Fox beseeched the protestors, stating that in making this film, he is seeking the same outcome as these demonstrators – peace. This brilliant feature was sponsored by The Sundance Channel and is by far my favorite piece at this year’s festival.

Joseph Krimple is a Mortgage Banker residing in San Francisco, CA. When not punching the nine to five clock, he's an avid film buff, devoted music lover, and wannabe rockstar. He can be reached at jkrimple@hotmail.com
Posted by Indie Filmfestival Blog at 10:05 AM