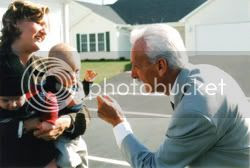 Join Us by director Ondi Timoner was a beautifully filmed story of the most horrific proportions. Four families having their very faith and foundations shaken and destroyed by the man they once called pastor and even father. “How do you know you are in a cult” Especially when it is disguised as Christian religion?

Being from the South, this Carolina story is one I can easily believe. Religious Zealots are on every street corner and churches are on every block and rural road. The Church in this film looked like any other church I have ever seen. Who knew that inside was a monster scaring families into obedience with the bible. Personally, isn’t that what all preachers do? However, the preacher in this church ruled over these families every day lives like a tyrant. Beating of children to a scary degree, slavery in some ways, banishment, and fear of Hell, kept these families in his palm. My skin was crawling. Pastor Raymund Melz was like a living God to these people.

The film begins with their escape to WellSpring, a recovery center for cult victims. Throughout the movie, experts on cults and psychology spoke about the recovery process and the meaning of cults in our society. According to our Government there are over 5,000 cults working in America alone at this very moment. The movie follows the treatment process and their “release” back into mainstream civilization. They also confront their former “leader” and his just as eerie wife.

One of the families joined Ondi on stage for a Q&A after the film. They spoke of brainwashing and how the other families were doing. They have a civil case against the pastor since the police could not find a reason to convict Raymund Melz. Watching the film, it seemed as if the “good old boy” system of government in the south was not on the side of the families. I mean after all this was a preacher! Someone asked the question that “What responsibility did the parents take in the beating of their children?” They had admitted this on camera often. They had also showed lots of remorse about that. The women all wondered what kind of mother were they if they could watch as well as be a part of the beatings their children underwent. The answer was simple. Brainwashing will get you to do anything and fear is the ultimate tool.

For more information on this film as well as it’s trailer go to:
http://www.joinusthemovie.com/ 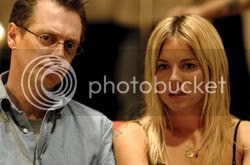 So, the hottest, coolest film students joined the artsy middle-aged filmgoers to sell-out the Mann last night. However, it is only fitting that I was shoved in the third row between the annoying girl and the guy who smelled like bologna. But none of that killed my experience. I’m a Pop-Culture whore and this movie was right up my alley.

Imagine Lindsay Lohan coked-out of her mind and being interviewed by Bill O’Reilly. Okay, maybe not O’Reilly, but some political pundit like, say, George Stephanopolous. If you do that, than you have Interview, Steve Buscemi’s highly enjoyable remake of late-director Theo Van Gogh’s 2003 Dutch feature.

It’s the story of the ‘Behind the Story’. No, not a VH-1 type of thing, but the events of a Newsday Reporter (Steve Buscemi) who reluctantly needs to interview a famous-but-Big-Budget-sell-out actress (Sienna Miller).

Okay, so listen-up Indie film people, because this is a film that is something we will be hearing about in the months and even years to come. It is the first part of a Van Gogh Americanized Trilogy that Producer Bruce Weiss states is meant to introduce the Van Gogh style of film-making to the U.S.

“What style is that?” you may ask. And I will tell you.

From what I can gather, the Van Gogh style consists of three cameras that are constantly rolling, catching coverage simultaneously … or what I call, a Sitcom.

Now, that may seem insulting, and by no means do I mean to down play Van Gogh’s style. I just am not a film student and could not tell you about 70 millimeter prints or very much about anything technical. I tend to focus in on the story, and lucky for me, Interview was a strong character piece brilliantly acted by Steve Buscemi and Sienna Miller. Now, in today’s Pop Culture obsessed world (that this movie brilliantly satirizes, btw) it is easy to label performances Oscar-caliber, a lot. Hell, I think I heard it this week describing Evan Almighty for crying out loud. I won’t do that to you. But I will say that it is hard to find more realized characters on film today than Buscemi’s Pier, and Miller’s Katya. And I wish there was some way to honor both of them together (SAG?) because each performance is so dependent on the other. I guess the best way to honor it is for you to go see it! And please do. If you cannot catch it at a film festival near you, don’t fear. Sony Pictures Classics will be releasing it nationally in August. 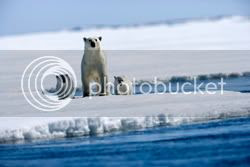 I don’t know if it was the atmosphere or the elevation or the sip of beer, but do you ever have those moments when everyone in the place looks good? Hopefully, present company (meaning me) included. Maybe it was the glow from the sun just before twilight… we’ll go with that. I’m sitting in the center of the Ford Amphitheatre, nestled into the side of the Hollywood Hills just across from that other behemoth of an amphitheatre, the Hollywood Bowl. I’m facing a giant blow up movie screen (this is a first) on which the movie is to be screened. Nature and people all around. The stage and seating are reminiscent of my youth when the family would take in a show at Opryland between rides… don’t bother, it no longer exists. DollyWood or Silver Dollar City would be your next closest thing.

Well we’ve hit 8 o’clock and the sun is like the child that refuses to go to bed, so I’m not exactly sure when the festivities will begin, but I’ve got my beverage, I’ve carved out my space and am enjoying the changing colors of the natural backdrop as the sun begins its slow decent.

Okay, there was obviously a misprint in the schedule. It is coming on 8:30pm and no sign of life except the occasional bug that tries to use me as a landing pad… wait… here comes someone… okay this is it… back at you after the film… stay tuned…

What a fun movie. Queen Latifah offered up an eloquent, yet playful narration. What can’t she do? We follow the lives of two creatures of the Arctic, a polar bear named Nanu and a walrus named Seela, on their long journeys from their earliest days through to adulthood. There are similarities in this film and others of its genre in that we see the trials they must go through in order to survive. The mothers train them, the environment challenges them. The difference between this movie and most that I’ve seen of its kind is that it infused much more humor than most. Quoting one of the lines from the film after the herd of walrus partook in the local clam bake they all sat around and begun “a game of pull my flipper!” Let the flatulence begin… So, yes, National Geographic resorted to toilet humor and it got the laughs, adults and kids alike. There were also some great cinematic shots that captured a more intimate look at these creatures’ extraordinary lives and their surroundings. It’s a humbling experience to see what these animals must endure and they take it in stride… they have to… it’s the way it is. Unfortunately, as the “tale” goes, their instinctive ways are being more and more challenged as global warming continues to be a threat. Their food supply and what was once a simple thing such as finding a sheet of ice on which to rest (so as not to drown) is becoming a scarce commodity. Directors Adam Ravetch and Sarah Robertson are great at capturing the landscape and the journey. The film makes you appreciate what you have and makes you question what you take from the earth and what you take for granted and most importantly what you give back. In the final credits there’s a montage of “human” youngsters spouting off ways to conserve energy, just in case you didn’t get it from the movie. The simplest of which we all can manage – turn off the lights and take a shorter shower. Sierra Club Angeles Chapter hosted the film and is an organization dedicated to preservation.