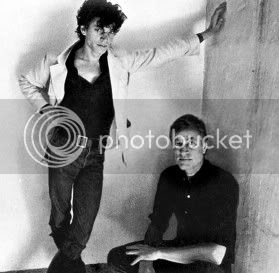 Black White + Gray: A Portrait of Sam Wagstaff and Robert Mapplethorpe – James Crump’s captivating documentary about Sam Wagstaff, the man who helped revolutionize the art world of the 1970’s, along with his romantic and artistic partner Robert Mapplethorpe and punk poetess Patti Smith. The film chronicles what little is know of the life of Wagstaff, from his aristocratic upbringing, his earliest foray into creating art, his years in advertising and eventually his work as curator and collector of one of the world’s largest collections of photographs ever amassed – which at the time of his death in 1987 was worth $5 million. As an artistic innovator, he organized the first exhibition of Minimalist art and was pivotal in the burgeoning New York art scene of the time, championing not only Mapplethorpe and Smith but Andy Warhol as well. Wagstaff’s death in 1987, and Mapplethorpe’s in 1989, marked the end of an era. However, their collective work continues to inspire present day art and culture. This feature was sponsored by COLT Studio Group 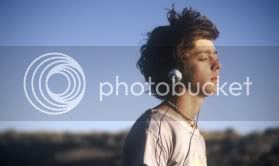 Glue – In his first feature, Alexis Dos Santos’s depiction of the teenage experience hits all the highpoints: hanging out with friends, singing in a garage band, experimenting sexually with girls (and boys), coping with the family, and sniffing glue! Through guerilla Super 8 handheld sequences, more singular, allegorical moments divulge inner struggles within each of the disaffected youths. The dry desert of Patagonia Argentina sets the stage for the kids’ boredom, exploration and meandering attention, orchestrated by a kick ass collection of Violent Femmes tunes. This film was sponsored by California College of the Arts.
Posted by Indie Filmfestival Blog at 9:49 AM