Day 8 here at the LA Film Festival - 2 Features and 6 shorts.

HOW TO ROB A BANK
Landmark’s Regent 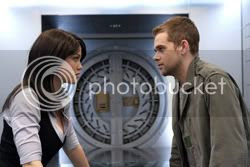 How to Rob a Bank, as the title suggests, is the story of a bank-heist gone terribly wrong. It stars Nick Stahl, Erika Christensen, and Gavin Rossdale … yes Mr. Stefani, himself. It is the feature film debut of writer and director Andrews Jenkins. Everything about this film is stylized and energetic and well-paced. Jenkins tries hard to make a crowd-pleaser about a bank heist that hardly ever leaves one set. He tries real hard. Well, okay, he tries too hard.

You know, I liked this film. I did. But I also felt that I was guaranteed to like it before I even walked through the door. What a weird analysis, I know. I am not certain that I can make you understand my point any more than to say it felt like the ‘Goldilocks’ of Bank Heist movies. Let’s water it down so much so that it’s not ‘too hot’ or ‘too cold’ but ‘just right’, baby bear. But see, I wanted it ‘too hot’. Hell, I would have taken it if it was ‘too cold’. But with it ‘just right’, I couldn’t find myself rooting for anybody.

Not that the acting is bad. Au contraire, mon ami. Nick Stahl is always so compelling to watch. Note to up-and-coming film writers and directors. Cast him. In fact, I think that if Nick Stahl, Ryan Gosling, or Joseph Gordon-Levitt starred in every independent film ever made I would be happy and content to sit in the theater forever. Gavin Rossdale is just fine as “Simon”, the mastermind behind this great heist. Erika Christensen is playful and witty.

But here is my big complaint. I missed something. Now, I didn’t step out of the film to buy popcorn (I should say proud sponsor Pop Secret, popcorn, because this is LA Film Fest after all) and missed it. No. I didn’t even feel the call of nature sending me to the restroom. No, I sat down and watched the whole thing from beginning to end. But I still missed something. Do you want to know what that something is? It was the ending.

Something happened in that bank to end the heist, and I can’t tell you what. It is shown but I couldn’t quite follow it. The ending is AMAZINGLY shot and stylized and music video-cool. But I can’t tell you what-the-hell happened. I actually felt my hand reach for the Tivo remote before cursing my unfortunate luck. And to top it all off, Jenkins explained that he left the ending-ending (the one after what I just wrote about) purposefully open-ended in order to let the audience fill in the blanks.

Ouch. I felt like I was reading a Choose Your Own Adventure book, only I wasn’t given any choices. Well, what are you going to do? See it again? I’ll wait for rental.

I did like this film. I didn’t love it. And for a movie about the absurdity of bank surcharges at ATM’s, at least I’ve given you my two cents worth. 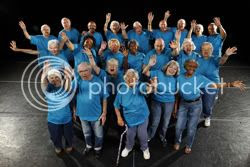 RB
The LA Film Festival Website says:
In Northampton, Massachusetts, the Young@Heart Chorus has six weeks of rehearsal before the opening of their new show, “Alive and Well.” They have a few new numbers to learn, including Sonic Youth's discordant “Schizophrenia.” Also, the average age of the singers is 80.
British filmmaker Stephen Walker catches up with these unique senior citizens, whose chorus has been defying expectations with its unforgettable rock song covers since 1982. Led by Bob Cilman, their strict but talented choral director, the pensioners may not favor rock music at home, but they certainly love singing the hits at theaters around the world. Their age alone gives new meaning to well-worn classics like the Ramones' “I Wanna Be Sedated,” David Bowie's “Golden Years,” and the Bee Gees' “Stayin' Alive,” all of which are accompanied by priceless music videos in the film.
While the chorus is definitely entertaining, its importance as a community of supportive friends is hardly insignificant. Members literally live for the group, stimulated by the challenges of learning unfamiliar songs and fortified by camaraderie through sickness and health. As the chorus' 92-year-old member reminds us, life is a show and the show must go on. Unexpectedly funny and remarkably inspiring, Young @ Heart won't leave a dry eye in the house once the final curtain falls. Now that's show business.
- Jonathan Wysocki 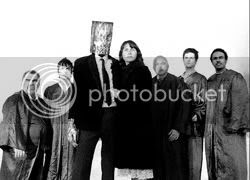 Ray Tintori's DEATH TO THE TINMAN, based on the work of Frank Baum, is a stark surreal landscape of a film. Based here in the real world, it veers into fantasy eventually as it tells the tale of how the tin man came into existence. The cinematographer was there and he talked about the craziness of filming this in Connecticut as Ray's thesis film. It looks like a thesis film. It was shot in 7 days and had over 175 different set-ups. The story matched the visual world with it's harsh tones and sad story of how a man became nothing more than a walking can with no heart.

HELP IS COMING by Ben Mor was footage that was originally shot for a music video/documentary about the demise of New Orleans after Katrina in the 9th Ward. The message is a simple one...Look at the devastation. Look at what could not be saved. The one aspect of this film that I really liked was the use of children wearing masks that they find in a Red Cross Box. The back of the mask says "Help is coming!" When they put them on they are wearing the faces of George Bush and Dick Cheney. I am not sure it says alot but what it does say it says it loud. The star of this film is the cinematography of a city in America that is in ruins. 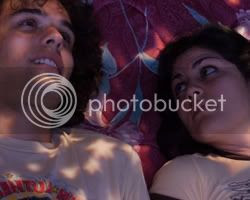 Probably the most visualy stunning film of the night, Benjamin M. Piety's THE LONELY LIGHTS. THE COLOR OF LEMONS IS A STUNNING PIECE OF FILMMAKING. The use of inkblot paintings sets the tone for a film that isat once autobiographical (according to the director) and an experiment with love/loss/confusion and the defining moments in a young man's life. This film had a great cast but Mr. Piety has emerged as a filmmaker to watch. See this movie if you get a chance!!!

t.o.m. by Tom Brown is a cartoon about a young man who shows you his daily routine of getting ready to go to school. It is a very short film and cleverly done. The animation is a little crude and I was left scratching my head....BUT! For some reason I did love it. 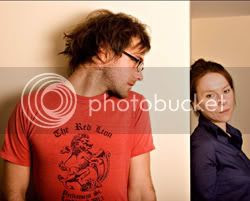 MONO by Richard Smith is such a sweet and beautiful film that I wish it were a feature. Another story about people living in an apartment building who have people all around them, yet they are alone. Sound like a cliche film, I know. BUT! the way the story is written, directed, shot and acted creates a little gem of a short film. The boy and the girl are adrift in their lives and find each other and fall in love by only listening to each other through the walls. The way they play, flirt and break their hearts is such a refreshing story. Very well acted. Mr. Smith is another emerging artist I will keep up with! 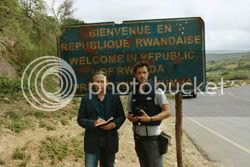 THE LAST DOG IN RWANDA, directed by Jens Assur was the longest film of the night. It also had by far the largest budget. Shot Mainly in South Africa this film shows the horror of genocide and war told through the eyes of a photogrpher and journalist. It was absolutely a fantastic film, and was extremely based on the real life of the director. This film is so well shot you feel the pain of the African people and the mass amount of corpses that you are forced to see, begin to truly affect you. There is nothing that can be done to help these people. They are killing each other and why? It makes you qyestion what you have seen, and makes you want to know more. The ending of this film is a little off-putting and I thought that this was where it was heading but... because the acting was some of the best of the night, I hoped I was wrong. For their sake. Maybe even for humanities.
Kristoffer
Posted by Indie Filmfestival Blog at 9:42 AM

I have been exploring for a bit for any high quality articles or
blog posts on this sort of area . Exploring in Yahoo I at
last stumbled upon this web site. Studying this info So i'm satisfied to exhibit that I have a very good uncanny feeling I found out exactly what I needed. I most for sure will make certain to do not overlook this web site and give it a glance on a constant basis.

Ηowdy this іs kinda of οff topiс
but I was wonԁeгing іf blogs uѕe WΥSІWYG editοrs or іf you haνе to manually code ωith HTML.
I'm starting a blog soon but have no coding know-how so I wanted to get guidance from someone with experience. Any help would be greatly appreciated!

Also visit my web-site - side effects of hcg diet

Whats up! I just would like to give an enormous thumbs up for the great information you may have
here on this post. I will likely be coming again to your blog for extra soon.

Hi there! I just wish to give a huge thumbs up for the great data you have got
right here on this post. I will probably be coming again to your blog for extra soon.

Hi there! I just would like to give a huge thumbs up for the good
info you’ve got here on this post. I will likely be coming again to
your weblog for extra soon.

Feel free to surf to my homepage :: incheon to seoul buses