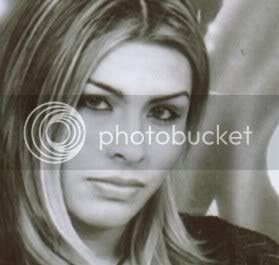 Trained in the Ways of Men – I’ve been living in the Bay Area a couple of years now and was familiar with the Gwen Araujo case before this screening of Michelle Prévost’s gripping documentary of the events leading up to the teenager’s death and the court cases that followed. Not only does this film detail the family’s struggle to find justice for their daughter’s assailants, the movie asks, “what sex are you, and how do you know?” Prévost interviews many different people from all walks of life, including the prosecuting and defending attorneys of the Araujo case, and the footage is captivating in its candor, humor and impossibility to truly answer. Prévost took part in a Q&A session after the film, and when asked what her motivation in making this film, she simply answered “because there’s gotta be a better way.” Several other members of the cast were on hand, including Jaime Ray (transgender educator and host of the Gwen Araujo memorial site www.jaimesite.homestead.com/gwenaraujo.html ), and Gwen’s mother Sylvia Guerrero, who received a standing ovation. I was able to speak briefly with Sylvia to tell her how sorry I am for her tremendous loss and to thank her for her brave work in educating the world on transgender issues. This film was sponsored by HBO. 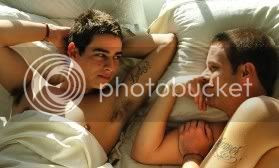 Shelter – Who doesn’t want to see a movie about gay surfers? Not only does this movie deliver steamy sex scenes between the two male leads fresh out of their wetsuits (DUDE!), but the themes explored here are multi-layered: socioeconomic struggles, familial bonds, gay parenting, sexual awakening and coming out. The story follows Zach (played by Trevor Wright), a recent high school graduate guerrilla artist living in San Pedro, CA, who has put his dreams of art school on hold to take care of his demanding sister Jeannie (played by Tina Holmes – you remember her, the chick that screwed Nate to death in Six Feet Under!), and help raise her 5 year old son. Enter Saun (played by Brad Rowe of Billy’s Hollywood Screen Kiss fame), the gay older brother of Zach’s best friend and writer from LA who is visiting the area to recover from a broken relationship. The two begin hanging out, drinking and surfing, when Zach begins to acquiesce to his desire for Saun. What ensues is a tube ride (no pun intended) of romance, comedy, drama, and cinematic beauty set to a fantastic soundtrack. Writer Jonah Markowitz and the rest of the cast were on hand after the film for a Q&A session, where Jonah talked about his inspiration for the screenplay and how he coached the boys on their love scenes. This feature was sponsored by Avis, who had a hilarious spot before the screening between two Ken dolls trying to decide what to do for their vacation.
Later that day at the oldest operating theatre in San Francisco, The Victoria Theatre. Built in 1908 as a Vaudeville house. 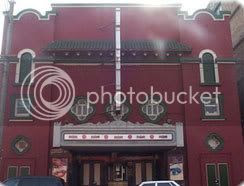 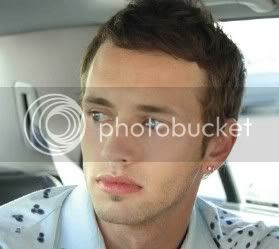 Holding Trevor – Brent Gorski’s well written story of Trevor (played by Gorski), a handsome young man who is currently coasting through his life in LA where he works as a telemarketer, dates a drug addict and lives with his two best friends who speak to one another with such venom you often wonder if they really are friends. But at the emergency room while waiting to see if his boyfriend has pulled through yet another near fatal overdose, Trevor meets Ephram, a stunningly handsome young intern whose earnest pursuit could be just the thing to break Trevor out of his boring existence. The film also stars the irrepressibly cute Jay Brannan (Shortbus) as Trevor’s best friend Jake. According to Gorski, Brannan added a lot to the unpretentious dialogue of the film with his ad-libbing and witty one-liners. Brannan’s acoustic performance of his song “Lower My Gun” affirmed my eternal devotion to the folk pop prince. Director Rosser Goodman, Gorski and several other members of the cast and crew took part in a Q&A session afterwards, where Gorski stated the film was not autobiographical. He wanted to write a movie that doesn’t wrap itself up with a pretty bow in the end and portrays a character that needs to find himself first before he can do anything else. Also shows Mon 6/18 !

JKRIMPLE
Posted by Indie Filmfestival Blog at 9:59 AM