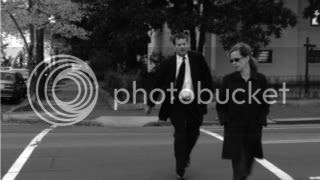 It’s True Lies meets Ally McBeal… sort of. We have a neurotic female lead who is constantly fanaticizing about how her life could be, how it was, and the reactions that she would have if she would allow herself the freedom. And there was a side storyline involving a supposed CIA agent that you wanted to explore, but the film didn’t quite flesh it out. There was also a water metaphor that doesn’t quiet rise to the surface in the film, but was explained in post Q&A.

Were the filmmakers going for subtlety? I don’t think so—we dive into the pool too much for that. Pills floating in the water, pills in the travel bag, pills on the nightstand. It‘s a commentary on life as some, or maybe most experience things. There’s a drug for everything except the human condition, it would seem.
It’s told in a very non-linear way with scenes exploring her life at various stages—fast forward through time to where she will be as a very mature adult and back in the past to her childhood and then back to present day.

Sidebar: There was a kid named Damien, who was a complete scene stealer—didn’t get the connection to the story, maybe it was just another failed moment in the life for the character, but it was hilarious.

The meat of the piece finally comes together when she lets it all out. A very poignant moment that, unfortunately, gets cut short for me by the husband. But then again, maybe that’s the point. You go through life. You suck it up—the tough part—until you can’t anymore. Someone says, “What’s wrong?” You think they’re sincere, you think they want to know, they allow you to open up. You’re vulnerable, you let it all out, and then you find out they didn’t hear a damn thing you said. And you realize that they never will. They can’t. The only one that can understand you is you.

Here is what Dances With Films had in its guide:
Dir: Mike Uster • Writer: Lisa Adams • Prods: Mike Uster, Lisa Adams
Cast: Lisa Adams, Joe Peck, Randi Langdon, Kate Revelle, Aidan Hughes, Richard Cutting
Paige has the life of her dreams. She is a successful professional. Her husband adores her. And on the weekends, she brings the house down as a nightclub singer. People are taking notice - even the CIA is vigorously recruiting her. The only problem? None of it is real. At work, she’s the go-to girl who’s going nowhere. The only part of her body her husband is interested in is her uterus, and her best friend won’t be honest with her or himself. Paige is sleepwalking through life, but it's time to wake up.
RB
Posted by Indie Filmfestival Blog at 8:45 AM