FURTHER OFF THE STRAIGHT AND NARROW

DISH
Director David Quantic, put together an interesting short about six gay men who have an obsession with one of today’s most popular daytime talk host. Okay, hint: Harpo spelled backwards… J. We know this individual has had an impact on people, and it’s interesting to see how her show has been an instrument of hope and change for people. This piece was much more comic in its presentation, but interestingly enough had some poignant moments. FURTHER OFF THE STRAIGHT AND NARROW
This documentary, by Katherine Sender, took a look at televisions more recent representation of LGBT characters. Looking at sitcoms, such as “Will and Grace” and reality shows, such as “MTV’s – The Real World,” and premium cable shows like “Queer As Folk” and “The L Word.” Although, it was interesting to recap the goings on of TV these days, I feel like I’ve already seen this documentary. I kept wanting it to offer up something new that I can’t quite put my finger on. There’s such a plethora of information already explored in other documentaries of its kind and through special programming on TV, albeit it the TV shows tend to be heavily scripted. It was fun, though, to take the trip down memory lane.


Also Outfest had its inaugural showing of its first Legacy Project Film. Definitely go to www.outfest.org/legacy
Parting Glances premiered at the DGA with a star studded party and a sold out house. 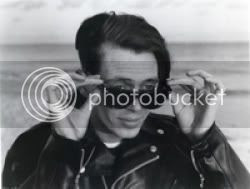 Posted by Indie Filmfestival Blog at 11:50 AM