I saw two films today. Very different in everything. I also interviewed Leslee and Michael the co-founders of the festival. We talked about the history of the festival and the programming methods. Look on the homepage as that will be up soon! Now, I will start out with....

This was a movie I was excited to see. It takes place during a small Hollywood theatre production of the infamous Scottish play. Real quick plot: Teacher comes to LA on his summer break to win back the affection of his former girlfriend, who moved to Hollywood to become a star. He accidentally auditions for the same play she does and they both get cast. He says the name of the play in the theatre thus bringing down the curse upon the cast. What it has actually done is unleash the victims (ghosts) that died in a fire in the theatre when the curse was last unleashed there.

Sounds like a comedy of errors and it is. I laughed and laughed. This was a film that knew how to deliver comedy. Strong over the top performances dominate the film. Joe Gold stands out particularly as someone to keep your eye on. The special effects in the movie are perfect for the style and genre and I loved the idea of the ghosts that permeate the film.

As far as I am aware this film has not found distribution yet. What a shame if it never gets picked up. This film was a Labour of Love and is a laugh riot from begining to end. It perfectly captures the insanity of working in the theatre and for anyone who appreciated Waiting For Guffman you now have a perfect double feature! 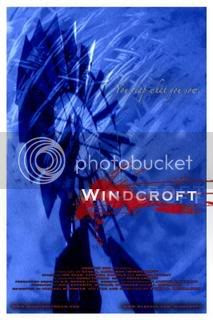 What an interesting film. For a first feature, Evan has captured the suspense of some of Hitchcocks early work. This movie holds its tension and suspense until the end unwinding like, the characters slowly until it comes to a jarring finale. I do not want to talk about this film to much because to enjoy it you need to endure the suspense yourself. Here is what DWF had in its program:

On a remote farm in the sweeping hills of Pennsylvania, three lives are torn apart by love, abandonment, deception and murder. After the death of his father, John and his new wife, Diane, claim the estate. But, his father bequeathed to him more than just the family farm. As John's past catches up with him, family ties are tightened to a noose, and secrets crack the very foundation of house and home.

I really enjoyed the film and the fine acting by all involved. I do think it is a little long a could be tightened up in the begining. However, I think it is a wonderful first feature and if you get a chance you should definitely see it! The location is beautully scenic and the perfest backdrop for the film. It is also shot perfectly. Meszaros has a great eye and I look forward to seeing what he comes up with next!

Go to http://www.windcroftmovie.com/ to see more!

Kristoffer
Posted by Indie Filmfestival Blog at 8:55 AM