What a day. I will be posting some pictures soon in our multimedia pages.

What a fun little film about being at the fair and watching all the head bangers (hard rock people) walk around. It is the reminiscense of a ten year old boy and how he made his childhood fantasy come true as an adult. Cute. Also reviewed at Frameline. Look in our June posts. 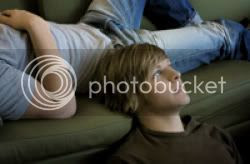 What a wonderful film about falling in love with your best friend and the disastrous result it can cause on the friendship. A swedish film well written and filmed. Well acted too. 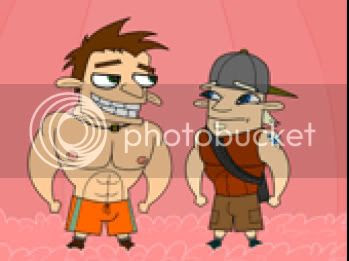 A cartoon about smoking pot, Lance bass's ass, and conservative massages from Foley. It is a hilarious piece of filmmaking. This film made the rounds on You Tube a few months ago. Apparently the directors have some cartoon series launching on LOGO soon. 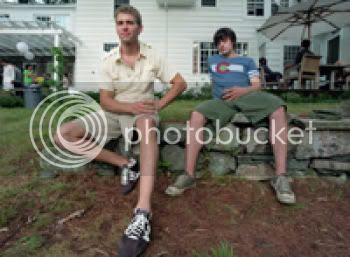 This film seems very autobiographical. I do not know if it is. It reminded me in a way of early Cameron Crowe storytelling. Once again, what happens between two "straight" friends when one of them starts to feel more. A nioce bit of storytelling and filmmaking.

What a hilarious film. It has all the social commentary that is neccesary without being preachy. Two men from Iran seek sanctuary in the Netherlands. One is a journalist who will be arrested and put to death as soon as he re-enters Iran and the other.... we never know why he can't go back. However when they meet they decide to play homosexual because tehy have to be let in dont they? What follows is a touching and funny piece of filmmaking. Extremely well written!

This was a very raw film about a photographer and two gang members she wants to photograph. It was about the breaking down of walls to get to the real inner person. 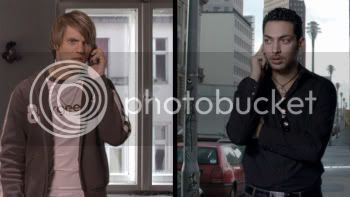 Two male friends are on the phone together. They are talking about who is the better kisser and all of a sudden one of them grabs the other and kisses them for 41 seconds. This was actually a very nice film. Cute.

MEN IN THE NUDE
Directed By Karoly Esztergalyos
DGA Theatre 1 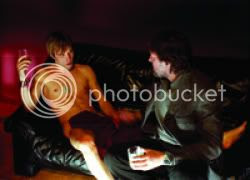 This will also get talked about by RB.
I thought this was a well made film. It was well acted and beautiful to look at. However, I did not believe it. The novelist was to smart to let himself get into this situation. He is to intelligent to not pick up on all the lies that he is catching the hustler in. After he broke it off and put himself through all that pain and regret he would never go back to it. I did not find the film believable or credible in its storyline. To many gaping plot holes. But! This film is shot so brilliantly that it is spectacular to look at! Well, it was bound to happen. I got my picture taken with Vanessa Williams. She looks fabulous. I have 19 chins. LOL! The panel was very funny. From the show we had: America Ferrera, Creator Silvio Horta, Judith Light, Eric Mabius, Ana Ortiz, Writer Marco Pennette, Michael Urie and of course Vanessa Williams. It was moderated by David M. Halbfinger. This was sponsored by the New York Times Talks.
Yes they were all at the wedding of Jerry O'Connell and Rebecca Romijn Stamos. Yes, they appear to really love each other and their jobs. I will post an article on the website soon with pictures!!
Posted by Indie Filmfestival Blog at 12:52 PM