Day 3 of the festival. Today I saw 13 short films. Very eclectic and thoroughly enjoyable. I will be interviewing Lesley who co-founded Dances With Films on Tuesday so look on the website for the interview and article about programming the festival and its history.

Competition Shorts Program 3
Happily Ever After
A slightly different look at reality posing a question: is there ever a true happy ending?
Beautiful photography. No dialogue. I believe it is the filmmakers first film and this was her class project. She has a nice eye for framing. 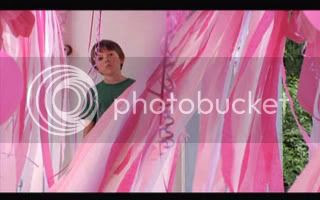 Sugar and spice are not very nice when a sickeningly sweet all-girl birthday party becomes a lone boy's worst nightmare. Surrounded by giggling imps, confounding triplets and a psycho birthday girl, a freaked-out Jason barely escapes the cacophony of minions transpiring to give him a girlie makeover. This dark comedy is a horror spoof suitable for all ages.
One of my favorite shorts in the festival. A horror tale about a boy going to an all girl birthday party. A beautiful gem of a film. Wonderfully executed and I would love to see this turnedinto a feature. Just a great perspective to shoot a film with! And the girls scared me too!! 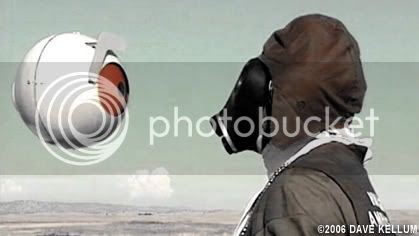 Long after the end of the world, two diplomats must defuse a volatile international dilemma before the apocalypse happens for real.
I am not going to comment to much about this film because I want people to see it. There are not many sci-fi shorts made today. This is a fun little movie about a culture in crisis trying to hold steadfast onto the rules of the past. It is an allegory for the radical changes our government and world has starting experiencing. I really liked this little film and hope to see it again at another festival. It is timely and well crafted. And the director seemed to have really enjoyed making it. I will try to talk to him if I see him again. And I will post it on the website. 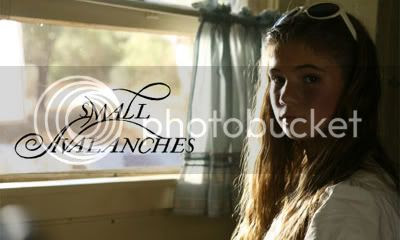 Adapted from a short story by Joyce Carol Oates, Small Avalanches takes place during the summer of 1971 and follows a singular event in the life of a thirteen year-old girl named Nancy. Spending her afternoons at her Uncle’s gas station in the hopes of seeing people and being seen, Nancy encounters an older well-to-do man from the city who is stopping for gas. As she is walking home at the end of the day, the man returns and follows her. Nancy soon finds herself in a situation that profoundly affects her childhood innocence forever.
A beautifully shot period piece that held true to the essence of the source content. The young girl who played Nancy was captivating to watch.

Bonnie and Clyde- End of the World

The real-life struggles of Bonnie Parker and Clyde Barrow were both compelling and profound. Coming from rural poverty in the tumultuous days of the Great Depression, they were confonted by authority figures who were often corrupt and uncaring and judged life as cheap. Through the course of our drama, instead of these dark forces driving them against each other, Bonnie and Clyde unite in a last stand to free others from the same fate which drew Clyde down into an existence he could no longer tolerate. Injured and tormented by ghosts of the past, they hide from the law and confront their fears, resolving to fight the forces that bring about their untimely deaths...and catapult them into legend. Bonnie Parkers poem 'End of the Line' is used predominantly in this piece.
This was originally a one woman stage piece. It had alot of flashbacky ghost imagery in the characters mind. Difficult to pull off. It was nicely filmed.

The Truffle Hunter
After years of searching, a struggling truffle hunter makes the discovery of a lifetime. With devastating results on his relationship with his partner/lover/pig, Carinne
A strange little film about desire. It made me uncomfortable. All I will say....

Zack’s Machine
A puppy's master goes missing in the WTC disaster on 9/11. Alone in the abandoned apartment, with only the lost master's voice on the answering machine for company, the puppy must now find a way to survive.
A devestating piece of filmmaking to me. Living on the East Coast and actually flying on 9/11 has made that subject difficult for me to watch. I also actually prefer dogs to people LOL! So a film that shows a puppy (the cutest puppy ever filmed BTW) left at home for 4 or 5 days without a person, a very upsetting film. The director really was able to film his new puppy and craft this very serious movie from the dog's perspective of being afraid and lonely while waiting for his master. The answering machine being the only real narrative (vocally) throughout. However this puppy evoked more emotion in me than any of the other short films! Please try to see this film if you are given a chance. 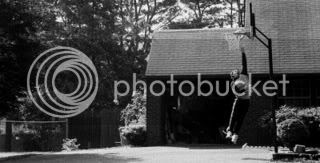 The story of an asthmatic misanthropic bicycle enthusiast named Derek and his sensitive all-american sitcom-loving cousin Bruno. The two opposites live together in a small house in Trenton, NJ with Bruno's mom, a disgruntled old woman named Aunt Sarah. Bruno's unabashed emotion reflects the intimacy Derek's life lacks, so Derek lunges at him, gasping, trying to beat out of Bruno what he can't have for himself. Told as a mixture of color flashbacks and black and white here and now, it's a tragic and hilarious map of the heart's quest for authenticity.
This was an odd film. It embraced it's oddness and by the end so did I. Well acted and directed it is a film that holds true to it's Indie roots. Grainy and gritty. This movie actually made me jump. Not scary just jumped. The apathy of this film made my heart break.

A Movement In D-Minor
Like a still camera catching the quiet moments of life, A Movement in D Minor takes us into those places in the heart where there are no words. A man and a woman move through the moments of their life, coming together, having a child, losing their way, stepping apart, struggling alone. But always the music of Satie connects their heartbreak with tenderness and hope. What story do you see and hear in this hauntingly beautiful glimpse of a family in change, in movement?
This was a wonderful film. Great acting, well shot, well conceived. The sadness in this movie was palpable. The music made the impact of this film hit like a ton of bricks.

Universal Remote
After over 30 years, Liz and Charlie's marriage has become centered on their ever-droning television. Lulled into complacency by endless hours of network programming, they consistently work around each other…until one evening the TV set goes on the fritz! With nothing left to watch but a blank screen, what will they do now? Stay tuned…
Cute and oh so true. I found myself laughing even in the touching moments because this movie hit home easily. I watch to much tv and fall into the same rythym as the characters in the film. Great acting!

Living The Dream
A mockumentary about a determined actor who will do anything to achieve his dream of Hollywood glory and the laid-back boom operator who unwittingly stands in his way.
A cute mock up of what it is like to work in the industry. Fun!

Forgiven
Mrs. Bell is in the depths of depression and contemplating suicide after 8 years without her son, Bobby. Bobby was killed in the car he loved by his best friend Danny who was driving. Danny went to prison and after 8 years has just gotten out on parole. Part of his parole agreement is to make amends with the people he hurt. He must now confront Mrs. Bell.
This movie broke my heart. A well crafted film about the devastation of loneliness and grief. Told from both sides of the victims family and the friend who killed him. A great movie.

Tea Party
A viciously delicious comedy about friendship, trust and watching your back.
Catty and delicous, this movie made me want to wear high heels and stab someone in the back!

That concludes all of the competition shorts. Wow! They were all very different and it made for such interesting viewing with the way they were all programmed together. If I had to pull a couple films out as being "special" I would choose Zack's Machine and Snips and Snails and I cannot forget The Vaudevillian and American Sinner. Remember to support your local Indie scene and teh short films that are made in your area.
Kristoffershane
Posted by Indie Filmfestival Blog at 12:39 AM